Potential Under the Radar Free Agents for the Portland Trail Blazers

While this is the offseason for the Portland Trail Blazers to try to make a big splash in free agency, who are some lesser known free agents that could fit in with the team next season?

Share All sharing options for: Potential Under the Radar Free Agents for the Portland Trail Blazers

With the 2016 NBA Finals over and the offseason officially underway, talk will soon shift to the draft and free agency, where every team will be looking at options to bolster their roster. With Portland (currently) sitting without a draft pick, the primary focus among Blazer fans has been free agency.

The Blazers potentially have the cap room to sign a top-tier free agent, and much has been written about the various big man options that Portland may have a shot at signing. Since the odds are against any given team landing a true marquee max-level player, it will be interesting to look at some of the less-talked about options that could be a great fit for the Blazers this offseason, depending on what shakes out with Portland's own free agents, especially restricted free agents Allen Crabbe, Meyers Leonard, and Maurice Harkless.

One of the ideal 3-and-D role players in the league, Lee would be an excellent pickup for the Blazers if they somehow are unable to retain Allen Crabbe. There are whispers about Crabbe getting a high-dollar offer, and the Blazers may decide that their focus should be on retaining financial flexibility to sign another free agent or to ensure that Leonard and Harkless return, should Crabbe receive a so-called "toxic offer."

Even with Crabbe's youth and likely future improvement as clear advantages, Lee would be a solid replacement in the near term - at what will undoubtedly be a more palatable cost for the organization. Lee struggled from the corners after he was traded to Memphis, but is a career 40 percent 3-point shooter from the corners and 38 percent overall.

One area that Lee provides a clear upgrade over Crabbe is in the ball handling department. Though he doesn't contain elite handles by any stretch of the imagination, Lee proved a capable enough a ballhandler to help alleviate pressure on Grizzlies point guard Mike Conley and also finishes well around the rim.

It makes sense that retaining Crabbe should be the first option in terms of 3-and-D wings, but should he receive an offer that makes the Blazers blink, Lee would be a great choice to replace him.

Somewhat forgotten in Cleveland after a breakout year last season, Mozgov is an interesting option at center. For starters, dude is big; a legit 7-foot-1 and 275 lbs. He does a good job playing interior defense and challenging shots.  Mozgov also features solid rebounding skills on both ends of the floor.

Secondly, he is a solid post scorer; something the Blazers are currently lacking out of their crew of big men. Mozgov takes more than 78 percent of his shots within 10 feet and shot 67 percent at the rim last season. Comparatively, current Blazers starting center Mason Plumlee shot 61 percent from the same distance.

Mozgov does have some drawbacks however. He is a poor passer, both in terms of turnover rate and frequency of passes. Clearly this would be a change from Plumlee, who acts as a release valve of sorts at the top of the key for Damian Lillard and CJ McCollum.

Mozgov also struggles against smaller lineups, which is a big part of the reason that he may be available in the first place (not to mention the amount of money that the Cavaliers have tied up in other players). Mozgov doesn't have the foot speed to keep up with the quicker big men in the league and can be burned when forced to switch in the pick-and-roll. With Lillard and McCollum frequently struggling to fight through screens, this could pose a problem. A platoon of Plumlee and Mozgov would make for an interesting rotation, assuming Portland is unable to land one of their preferred targets, such as Hassan Whiteside, Al Horford, Dwight Howard, etc.

If the Blazers are intent on a big man with range, and are unable or unwilling to match an offer for Leonard, Leuer can provide much of what Leonard has given Portland so far. A 6-foot-10 sweet shooting big man, Leuer attempted a career-high 110 3-pointers last season, and made 38 percent of them. While he doesn't have the dominating physical traits or pure potential (that may or may not pan out) as Leonard, a side-side-by comparison of last season shows a striking similarity.

Yeah, I know. Hear me out on this one. Yes, Hansbrough is completely obnoxious. No, Hansbrough is not going to be anything more than a near-minimum salary level player at this point in his career. But as a big man bringing up the end of the bench (as Chris Kaman did last year), Hansbrough would be a great acquisition.

There really is no true basketball-related reason (in terms of shooting, passing, etc) to want him, but Portland hasn't had a guy that can really get under an opponent's skin in years. I suppose that if forced, I would point to his knack for drawing fouls in the lane or his clearly demonstrated ability to knock down a long 2-pointer. However, he oddly has transitioned from taking more than a third of his attempts from beyond 16 feet (hitting 45 percent of them) to taking just over one percent of his shots from that range last season (missing them all).

The real reason Hansbrough would be a great fit for the Blazers is purely to tick the other team off in limited minutes.  Having a guy who can get in his opponent's head is a valuable thing. Look at Draymond Green, Steven Adams, etc.  Of course those guys can actually play, and in Green's case, you're obviously talking about one of the elite players in the league, but you're not going to find an agitator who is also a statistical difference maker for anything less than serious money.

You wouldn't want him to take a guy with high potential's spot, like a Cliff Alexander or Luis Montero, but as a replacement for Kaman, Hansbrough would be great for this team and, as much as I don't want to admit it, would likely become a fan favorite.

What "under the radar" players do you think would be a good fit for the Blazers?  Leave your comments below! 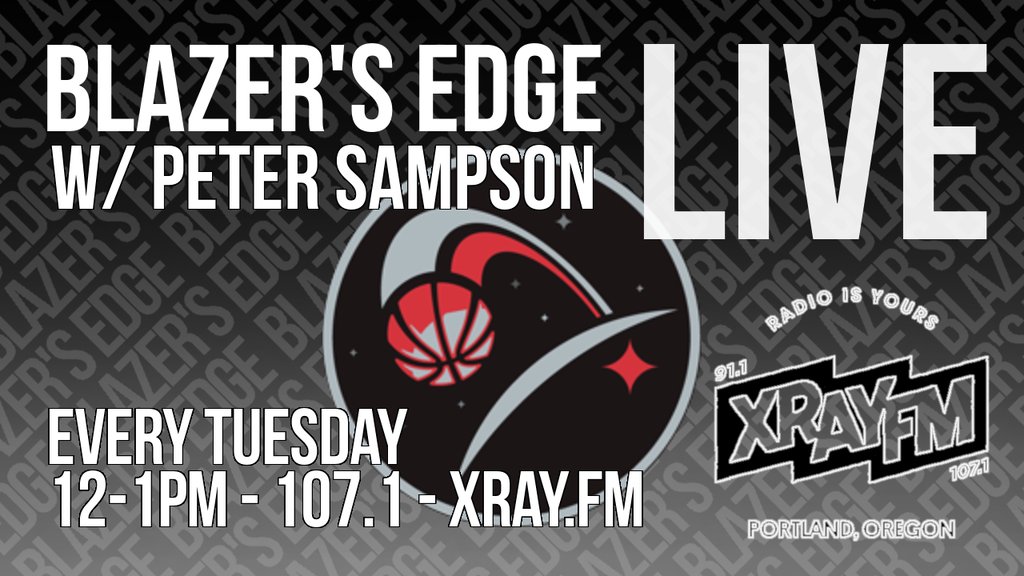