Robin Lopez is the understated member of the Portland's starting five. We explore the ups and downs of a quiet, but consistent, season.

Share All sharing options for: Robin Lopez: Is Consistency Enough?

"What's the best job you can possibly have? It's being the weatherman in San Diego, California. It does not get any better than that. You've got a six-figure income, and you're on TV for like 30 seconds. People go, 'What's the weather like, Lew?' [Shrugs] "Nice! ... back to you."

Robin Lopez is the San Diego of the Portland Trail Blazers roster. Every single night you know what you're getting from him, for better or worse.

Robin Lopez has quietly become Mr. Reliable for the Blazers since he arrived last season. After a rotating cast kept the position wobbly for years. he's stabilized the post, giving LaMarcus Aldridge and Damian Lillard room to do what they do best on offense. Other players can claim to be the heart or soul of the Blazers; Lopez is the strong legs that hold up the entire team.

But even the nicest, most solid guys can't provide everything. Topping 50 wins in 2 straight seasons has been great, but the NBA Playoffs have proven an insurmountable roadblock for the Blazers during Lopez's tenure. That's not all his fault, but his play has been more of an issue than a solution.

What Went Right This Year

Stability. Lopez has learned to hone his strengths, integrating them into Portland's system while playing within himself. His consistency has been remarkable. Here are Robin's numbers (per 36 minutes) for the last two seasons:

Lopez's drop in rebounding was covered by increased rebounding from LaMarcus Aldridge and (in particular) Damian Lillard. Robin boxed or tipped the ball, the stars collected the fruit.

Team fit. It's amazing to see how often Lopez plays background character to the more flashy Aldridge and Lillard. He understands not only what he needs to do on the court, but what he should not do.

It's really hard to imagine Portland's starting five without Lopez. Portland could look at replacing him (and will do so, if only for due diligence during his pending free agency), but it's not easy to replace a player who has blended this well.

What Went Wrong This Year

The Injury. Health was the elephant in the room when Lopez came to the Blazers in 2013. He had played 82 games for New Orleans that season, but prior to that his record read 60, 51, 67, and 64 games per year. Lopez responded to questions about his healthy in the best possible way. During his first season in Portland he started in all 82 regular season games plus another 12 in the postseason.

Everything seemed to be going great, until December 15th, 2014 when he broke two bones in his hand while attempting to gather a rebound against Boris Diaw. He was ruled out for 7-8 weeks and the streak of good health came to an end.

The Replacements. As Lopez headed for street clothes, Blazers fans got an unexpected surprise. Joel Freeland took over the starting center role and the team continued their run of successful play. This was good news. It was also a reminder that while Lopez is a stable force in the middle, the team actually succeeded when his backup took over. How much of Robin's success is due to his growth and how much comes from playing in a system that accentuates his strengths? This question may not be answered for years. Then again, Lopez may not play that long in a Portland uniform.

Postseason Match-Up. Sports fans tend to remember beginnings and endings most, comparatively little of the middle. For two years straight now, the last impression of Robin Lopez has not been pretty. Lopez has many strengths, but defending centers with range is not among them, due to his lack of elite athleticism. Last year Lopez ended up matched against Tim Duncan. This year he drew a first-round matchup against one of the best in the league, Marc Gasol. Lopez held his own but had little left over to give to his team. Rebounding, scoring, and minutes plummeted, opening the door for yet another potential replacement: Meyers Leonard.

At this point, Robin Lopez is now a known quantity and an established player. His strengths are his strengths, and his weaknesses are his weaknesses. There is no questioning that he leaves his heart on the court, but there are also few questions about the totality of his on-court offerings.

Can he improve this summer? Certainly, to an extent. He can work on extending his shooting range, though he's unlikely to become a three-point marksman. He can work on small things, like outlet passes or free throws. But there are few improvements that would truly "move the needle" for Lopez.

The real question is simple. If Robin Lopez doesn't improve from here, is he enough? Or is he going to be the limiting factor in Stotts' system: Too little offense to keep defenses honest, and not athletic enough to stop the dominant centers who Portland will inevitably face in any deep playoff run?

Robin Lopez is a nice player to have as your starting center. But is "nice" enough?

Many teams would love to have a player of Lopez' size and caliber holding down the post. If Lopez is the Blazers' biggest weakness in the starting lineup they're in great shape.

At 27 years old, Lopez is in his prime. While every NBA team dreams of an elite center bending the game to his will, those players are more rare than ever. Joel Freeland has shown himself to be capable, Meyers Leonard talented, but neither has shown the ability to stay on the court long enough (due to injuries and fouls) to take advantage of it.

If your team is loaded in other positions, having a solid, consistent center bringing the same thing to the court night after night isn't a liability. Even if he sometimes seems to disappear when they need him most (playoffs), the Blazers will miss Robin Lopez's veteran leadership and roster-solidifying defense if he doesn't return next year. 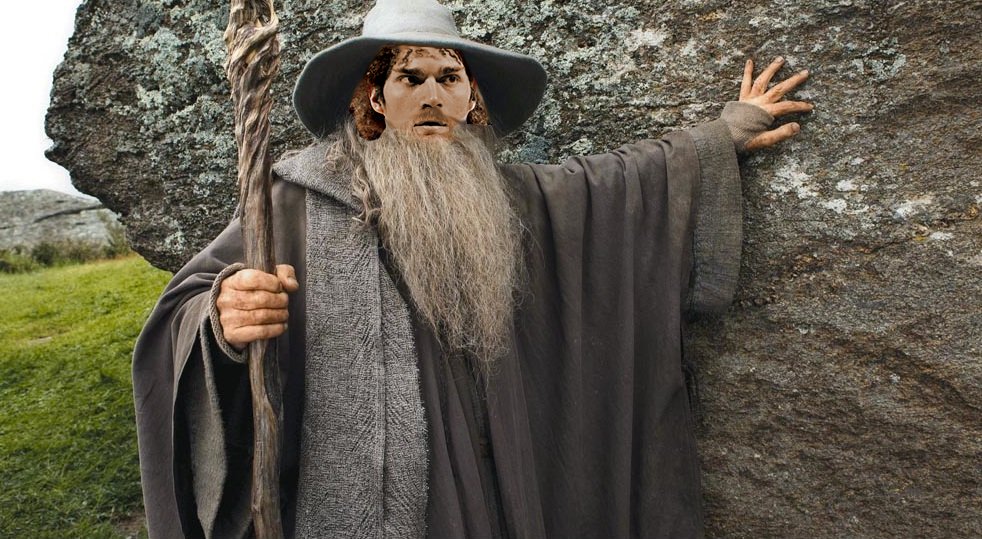