What Have They Been Up To: Portland Trail Blazers on Social Media

The NBA off-season is here, which means baseball highlights, mock drafts and checking up on our favorite players on social media. Let's see what the Blazers have been up to lately.

Share All sharing options for: What Have They Been Up To: Portland Trail Blazers on Social Media

Introductory Note: We've been busy over the last few weeks training our next group of writers, analysts, and news folks here at Blazer's Edge. We're going to unveil the entire roster next week. But Scott Horlbeck wanted to chase an idea that wouldn't wait: a recap of Trail Blazers activity in the quick-changing world of Social Media. So consider this your introduction! Welcome to the Blazer's Edge team, Scott. Here's to many fascinating looks at the Blazers, starting with this one...

With the NBA off-season (aka my-girlfriends-favorite-time-of-year) in the full swing, there hasn’t been a whole lot of NBA news lately. Lebron went home, Durant might too, Love signed (eventually) with Cleveland, Paul George got hurt and we found out Steve Ballmer may be the next great hip-hop hype man.

But what about the Blazers? What have they been up to, lately? Because, really - that’s what we’re focused on here at Blazer's Edge.

I think it’s appropriate we start with the #ALSIceBucketChallenge, being that the ALSIBC is the hottest thing on the Internet right now besides The Finger.

Here we see "Iron Man" participating in the #ALSIceBucketChallenge on Instagram, along with nominating Rudy Gay, Steph Curry and LaMarcus Aldridge. I don’t think the real Iron Man would’ve been fazed by a little ice but I’ll move on.

Next up, Will Barton.

CJ C.J. McCollum got in on the action as well with some help from the newly acquired Chris Kaman.

And LaMarcus forgot to dump the water on himself.

Robin Lopez drew a picture of Ingrid Bergman, because of course. 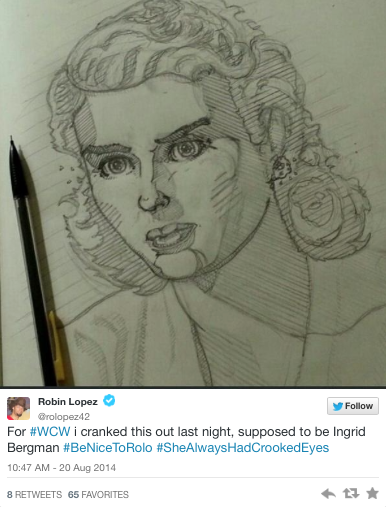 Meyers Leonard went up to the Space Needle. 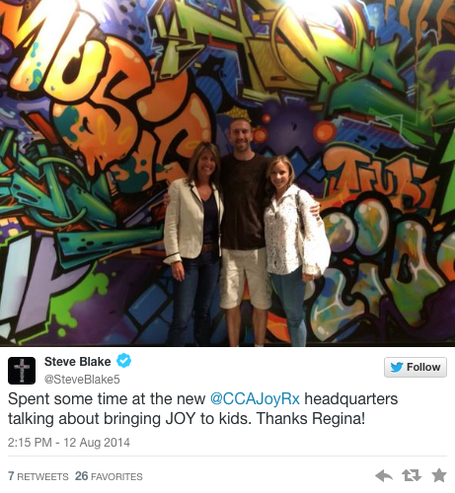 Coach Stotts balked then threw out the first pitch at a Hillsboro Hops games. 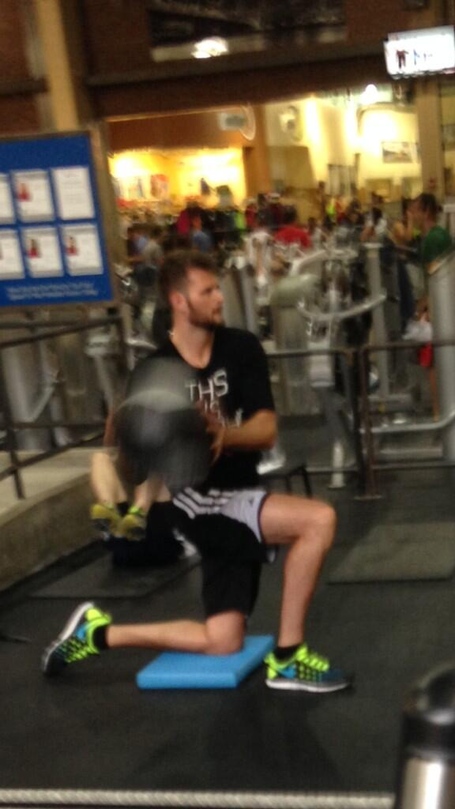