Chris Haynes of CSNNW.com reported back in January that the "Rip City" jerseys would get sleeves. The Blazers have not yet worn any sleeved jerseys by Adidas, which were introduced during the 2012-13 season.

The Blazers will also be wearing a gold patch on the back collar of their jerseys this year to commemorate the 1977 championship team.

Casey Holdahl of Blazers.com has more photos right here. Here's one for a preview. 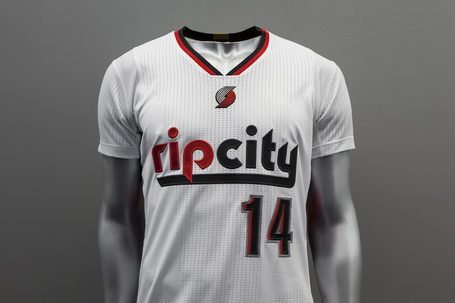 Please vote in the poll below as to whether you approve of the new look and explain your thinking in the comments.