The Portland Trail Blazers' jerseys for the 2014-15 season will bear a gold patch honoring the organization's 1977 championship team.

Paul Lukas of ESPN.com's UniWatch reported on Tuesday that many teams will see a slight tweak to their jerseys during the 2014-15 season.

First, if you haven't heard, the NBA's Jerry West logo will move from the left shoulder on the front of the jersey to the top center of the back of the jersey, above the player's last name. That's true for all 30 teams.

In a new and related twist, teams that have won a championship will get to wear a gold patch at the top of the neckline on the rear of their jerseys. The collar patch features a miniature logo of the Larry O'Brien trophy. Because Portland won the 1977 title, the Blazers' jerseys will include this patch.

Coincidentally, I found myself at the Las Vegas hotel/casino where the NBA is holding team meetings this week. There just so happened to be a whole series of manikins dressed up in jerseys from each team. Below, you can see a picture of Portland's jerseys that bear the gold collar patch.

Also, in case you're wondering, teams that have won multiple titles get patches that read "4x" or "5x" to reflect however many titles they've accumulated during their franchise history. 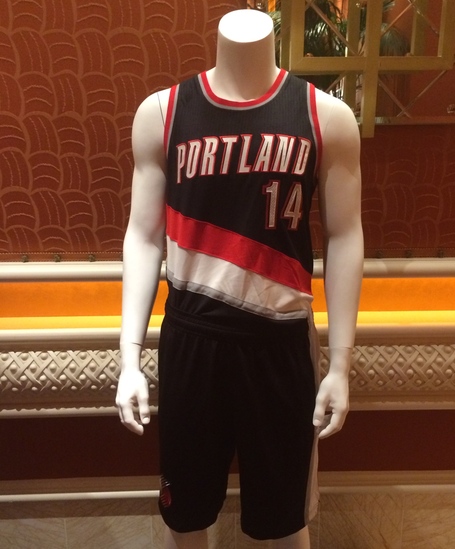 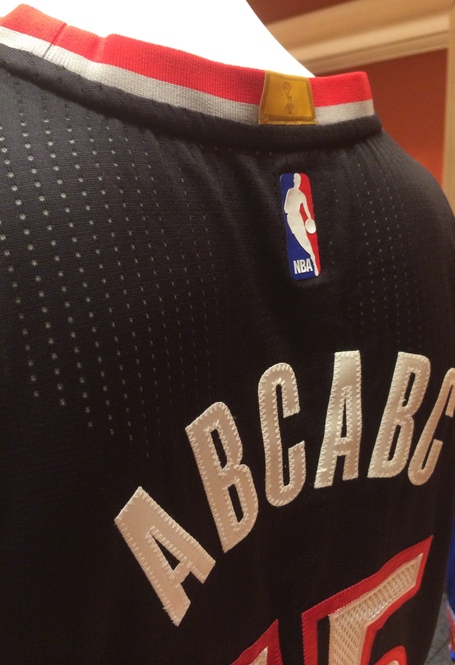 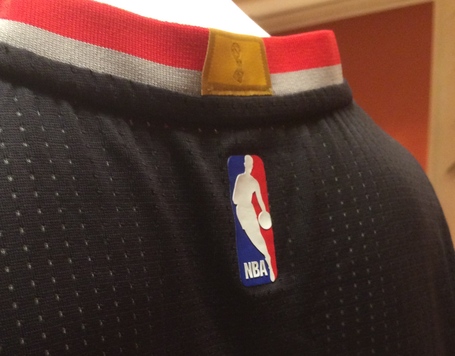 Click here for a larger version of the Blazers' patch. 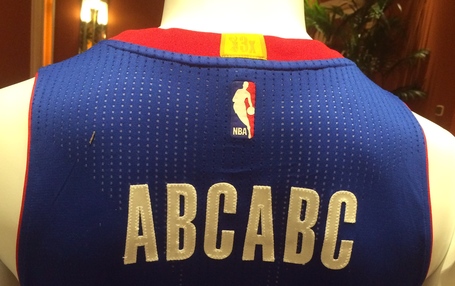 Click here for a larger look at the Pistons' patch.

There's no doubt that the NBA does a lot of questionable things with its jerseys, but I give this a thumbs up.