This year, All-Defensive team voting was handled by the media rather than by a panel of coaches. This season marked the first time that media votes were made available to the public.

Here's a look at how the two teams broke down and the full voting tally. Note: two points were awarded for a First Team vote and one point was awarded for a Second Team vote. 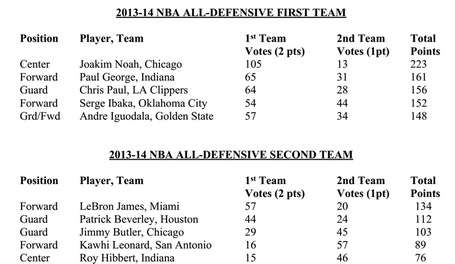 Batum was the only Blazers player to receive an All-Defensive team vote last year.