The Portland Trail Blazers announced Wednesday that they will be wearing jersey patches to honor Hall of Fame coach Jack Ramsay.

The Portland Trail Blazers announced Wednesday that they will be wearing jersey patches to honor Hall of Fame coach Jack Ramsay, who passed away at 89 this week after a lengthy battle with cancer.

The patches feature a plaid background, the words "Dr. Jack" and the No. 77 to honor the organization's 1977 title-winning team. 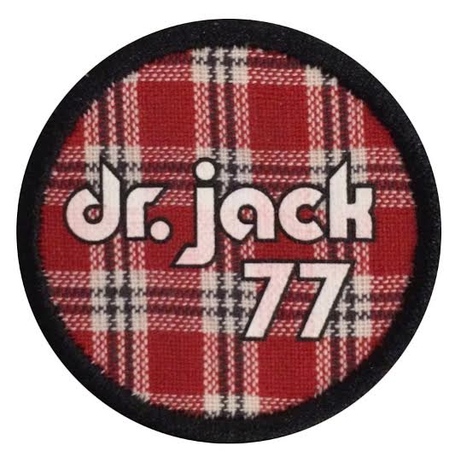 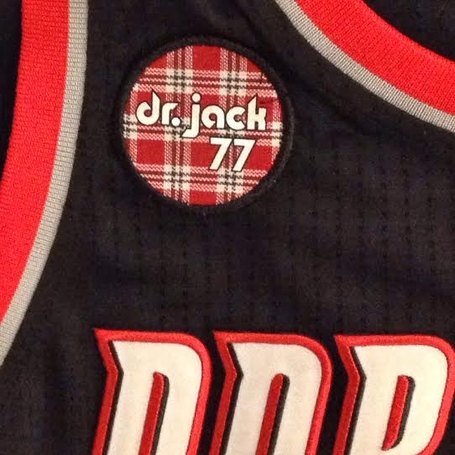 Team colors, a plaid pattern and Number 77 will occupy a place of honor as the Portland Trail Blazers pay tribute to their legendary former coach, Dr. Jack Ramsay. Starting tonight in Houston during Game 5 of their Western Conference opening round of the NBA Playoffs, jerseys worn by the Trail Blazers players will carry a special patch celebrating Ramsay, who passed away this week after a long battle with cancer. Known for his colorful attire on the sidelines, the commemorative patch will carry the nickname "Dr. Jack" emblazoned on a red, black and white plaid background with an embroidered "77" in recognition of Portland's 1977 NBA Championship team coached by Ramsay. The patch will be worn by the Trail Blazers for the remainder of post-season play.

Wearing a patch in memory of Ramsay is the first of multiple salutes planned as the organization mourns the loss of the Hall of Fame coach and broadcasting great. "This is an emotional time for not just those who love the Trail Blazers, but also anyone who appreciated the greatness of Dr. Jack," said Chris McGowan, President & CEO of the Trail Blazers and Moda Center. "The uniform patch unveiled tonight honors the unique style of Dr. Jack, but also pays homage to his signature achievement in leading the Trail Blazers to their first and only NBA Championship as a franchise. The patch launches a series of recognitions we believe will bestow the honor and reverence Dr. Jack deserves."

Trail Blazers General Manager Neil Olshey said, "It's a very unique patch that pays perfect tribute to who Dr. Jack was. It embodies his time in Portland, his vibrant personality, and ultimately all that he meant to the Trail Blazers and the NBA."

When the Trail Blazers return to their Moda Center home court -- either for Game 6 on Friday, May 2 vs. Houston or a to-be-determined date in the Western Conference Semifinals, remembrances of Ramsay will continue. Those plans will be announced tomorrow.

Ramsay stepped into the broadcast booth in 1990 as a television analyst for the Miami Heat, but his most extensive and best-known span as a broadcaster came as an NBA analyst for ESPN Radio from 1996-2013.

A funeral mass will be held for Ramsay tomorrow morning in Naples, Florida.

The Blazers and Rockets are set to play Game 5 at the Toyota Center on Wednesday. Portland leads the series 3-1 and is seeking its first postseason series victory since 2000.