Take a look at the glass below, which has a picture of Aldridge and images that acknowledge his "L Train" nickname, his jersey number, his All-Star status, his birthday, his home state of Texas and the year he was drafted (2006). 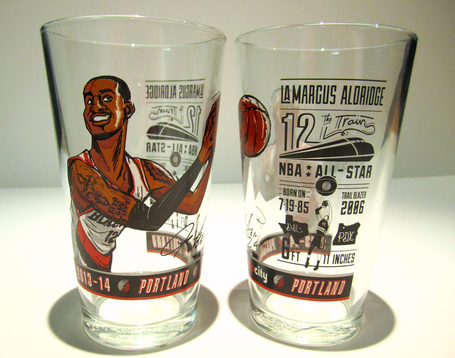 Here are a few notes from the release.

The Blazers announced back in November that the popular Dairy Queen style caricature glasses would return after 20 years. The glasses will be given away at games later this season.

Let's take a look at the 1992-93 set for old time's sake via MaralynsCollectables on Etsy.com. Click to enlarge.