I tend to write at some pretty weird hours of the day, and I always find it interesting to see who is up and alive on Twitter late at night. (It's usually the most diehard of the diehards, a bunch of workaholics, some Europeans, a few nut jobs, and a fair number of people who seem to need significant others.)

Anyway, the other night, I got a tweet from Dino Murphy, a Beaverton artist who blew my mind with this painting of Clyde Drexler. 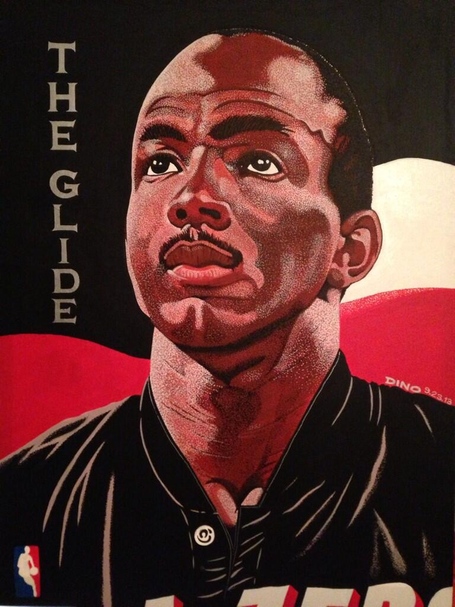 Murphy writes that he used to work for the Trail Blazers, and his passion for the team is evident in the artwork's details. It's breathtaking stuff.

Murphy sent over a few more pieces the next day. Take a look. 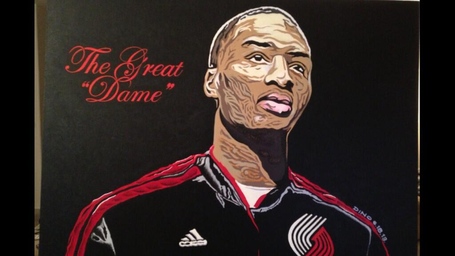 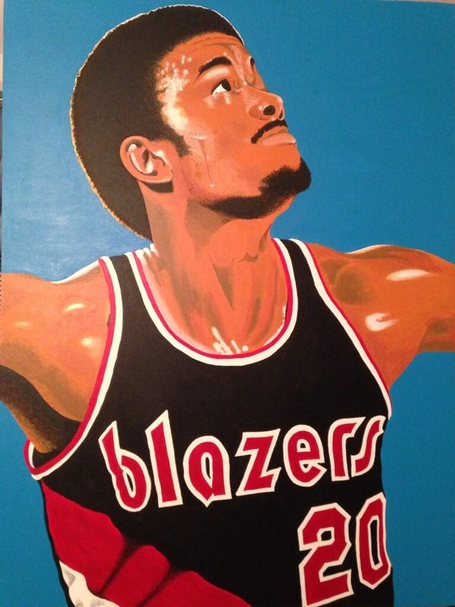 Here's the one and only Bill Walton. 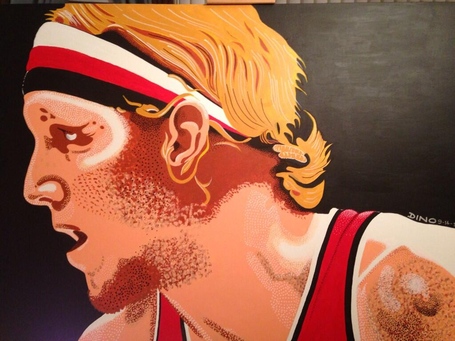 Murphy notes that he had the opportunity to meet Walton at a recent fundraising gala and show him the portrait. "Bill loved this piece and said he wants a copy," Murphy writes. 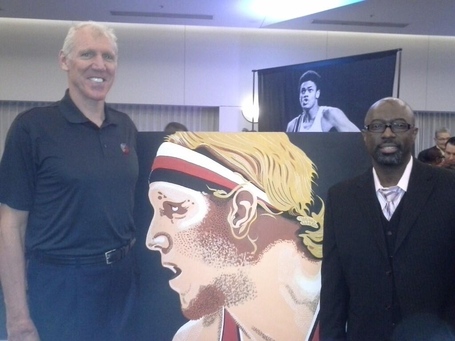 Finally, here's a quick behind-the-scenes video that shows the Drexler piece in production.

In case you missed it, a great Drexler mural went up in Southeast Portland this summer.

If you or someone you know is an artist that has done Blazers-centric work, please pass it along!