A look back at Blazer's Edge History during the ill-fated 2010 NBA Draft , a day that will live in infamy.

What a nightmare season. Batum started the season on the IR with an injured shoulder. Rudy was hurting and missing games. Travis Outlaw broke his foot. Oden and Przybilla both went down with major knee injuries. Aldridge was sore. Roy tore a meniscus. Heck, even Nate McMillan ruptured his achilles tendon. Despite it all, the Blazers went 50-32. And newcomer Andre Miller had a lot to do with that. Still, he couldn't work miracles, and lost to the Phoenix Suns in the first round. Next year, Oden should be healed up from his broken patella bone, Przybilla should be back from his knee injury. Roy should be all patched up. We've got a lot going for this team. If we could keep healthy.

Well, It's draft time again. And despite the season lost to injury, there was still a lot of hope, even with the 22nd pick. After all, draft day is a magical day for the Blazers. Well, last year's draft could have been better. But that doesn't change the fact that Paul Allen loves draft day. Blazer fans love draft day. Everyone loves draft day.The day we all sit back and enjoy the Kevin Pritchard magic.

Wait, what? WHAT?! Kevin Pritchard was fired?! Like five minutes before the draft started?! How did this happen? I know things have been a little tense, but fired? Who's running the draft now? Wait WHAT?! WHAT?! Pritchard is running the draft after he got fired? How does that even make any sense? Details are sparse during the draft. But agent Warren LaGarie broke the news to Jason Quick right as the draft was ready to begin. People took it in all kinds of different ways. Some shocked. Some bitter at Allen. Some very confused. And some, some remained hopeful:

The draft started, but the focus for everyone on Blazer's Edge was changed drastically. It was so all-consuming that it needed it's own post, in order to keep the draft thread open for, you know, the draft. It helped a little, but Pritchard and Draft go together like Drunk and Disorderly.

For the first three picks, hardly anyone was paying attention. Turner goes second to Philadelphia, and Favors goes 3rd to New Jersey, and about all that gets posted is a courtesy announcement. Still David Kahn always gets enough attention to laugh at. And drafting Wesley Johnson certainly counts for that.

That meant big man Demarcus Cousins fell to the Kings. Cousins had the talent to be in the discussion for the number one pick, but the worry that his head wasn't on straight led to him falling out of the top-4. But you can't argue the talent. And the Kings didn't, taking him with their pick.

The Warriors were up next, and a few more people are drifting back from the Pritchard firing to the draft itself. There will be more time to sort the other issue out later when more information becomes available. In the mean time, the draft is as entertaining as usual: 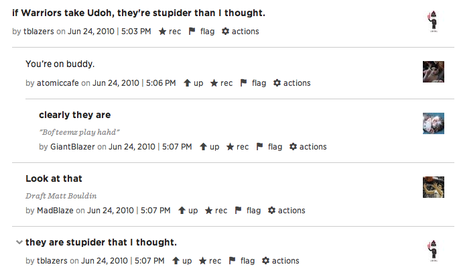 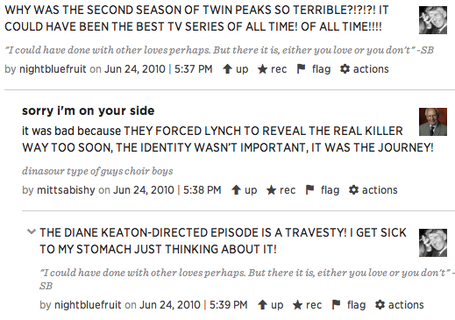 But occasionally, the quirky draft pick that no one expects breaks up the chatter. Indiana was up, and picked a player that few people had even heard of, much less expected to go 10th overall. So who exactly is Paul George? And why are the Pacers taking another wing?

After what happened. Getting bored is pretty understandable. After all, what move could we possibly make with out GM fired? Hornets Draft Cole Aldrich for the Thunder at 11. Then Xavier Henry to the Grizz. Ed Davis to the Raptors. No one really cares. Patterson to the Rockets, Sanders to the Bucks, Babbitt to the Timberwolves.

Yeah, pretty sure nothing is going to happen now. Portland will blow their 22nd pick on some PG project like they always do.

Wait. Hold on a second. Twitter seems to be breaking some news. It's about Portland. And it's not about Kevin Pritchard? What's this? 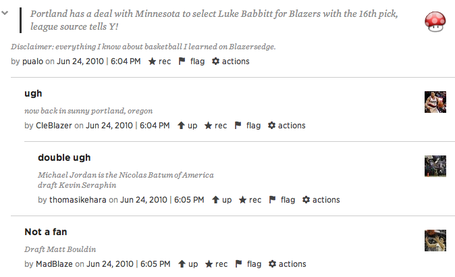 Luke Babbitt and Ryan Gomes are traded for Martell Webster. And all but a handful of fans groan. Luke Babbitt had been called the most overrated prospect in this draft by some. But Portland could always use another shooter. And Babbitt was certainly that. Anything else was a question mark, but shooting was his hallmark. And while Bedger's digest what just happened, Seraphin goes to the Bulls and Eric Bledsoe goes to the Thunder. But the Thunder then trade Bledsoe to the Clippers. 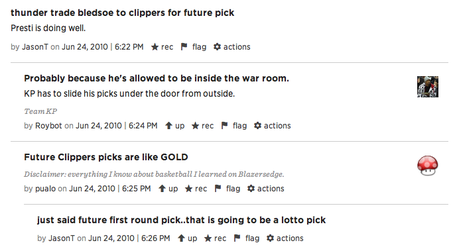 Still, the focus is now on what Portland has going. Many were initially unhappy with the news of Martell being traded. But, for some, it gave way to hope. And you know what? This might be a really good thing in the end.

In fact, this is interesting enough that nobody even mentions the other teams picks until Portland is back on the clock again. Pick 22 is almost an afterthought at this point, but it is that Blazers' pick, so we probably should pay attention. Elliot Williams? Okay. Yeah, okay.

But right after the 22nd pick, ESPN finally breaks the news of the firing of Kevin Pritchard on air. Twitter and news sites had been talking about it for over an hour already. But this was the first real discussion of it by the talking heads on the air. And it was still very raw for us.

Nobody was really a fan of this firing. It was like sailors who had lost their captain. And the question of, "what do we do now" had no answer. Each ESPN report and comment pours salt in the wound. And the draft is forgotten once again. But talk eventually drifts back to the Blazers in the 2nd round, where Portland picks Luke Babbitt's teammate, Armon Johnson.

A few stick around to see where some second round picks go. But the majority of Blazer fans are just emotionally exhausted at this point. and head home to rest. And so the 2010 NBA Draft came to a disappointing close. This one might even haunt us worse than passing of DeJuan Blair last season. And if our team weren't so jam packed on talent, just waiting to get healthy, we'd have nothing to hope for.

What a downer, man.

But when you really think about it, we could afford to have a bad draft. Take some chances. Brandon Roy would come back healthier next season. Oden would heal up. Miller and Aldridge were clicking. We're talking about role players at this point. If we could just stay healthy.