Adidas is set to release a special edition shoe in honor of Portland Trail Blazers guard Damian Lillard winning the 2013 Rookie of the Year award.

Share All sharing options for: Adidas To Release Rookie Of The Year Sneakers For Blazers G Damian Lillard

Here are some details.

The shoe's sockliners feature Damian's Twitter handle, an Oakland satellite print and "9800s" to represent his neighborhood blocks. The colors of the shoe pay homage to his career; red for high school, purple for college and black for the Portland Trail Blazers. The animal print on the upper and sockliner represent the Wildcat mascot he had in both high school and college. The shoe features "Townbiz" on the upper as another nod to Oakland and clasped hands to represent the "Fly Guyz" - Damian's name for his close circle of friends.

Only 510 pairs of this limited edition will available on May 23 for $120 at Compound (Portland, Ore), Shoe Palace (Oakland, Calif.) and adidas.com. Damian fans can pre-order a pair today at adidas.com or join Damian at Compound on May 23 between 6:00pm and 7:00pm for the official launch and a chance to meet the Rookie of the Year and get an autograph.

Here are some photos of the shoes courtesy of Adidas. Click to enlarge them. 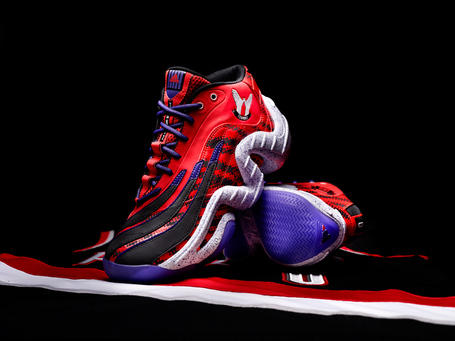 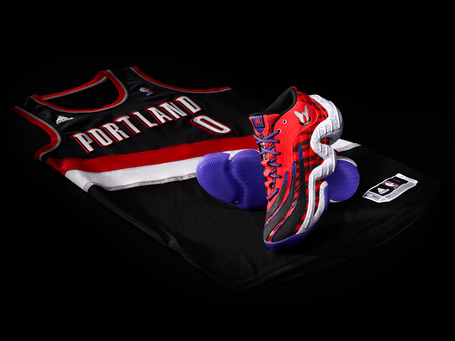 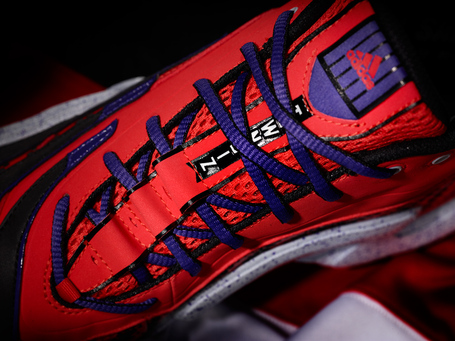 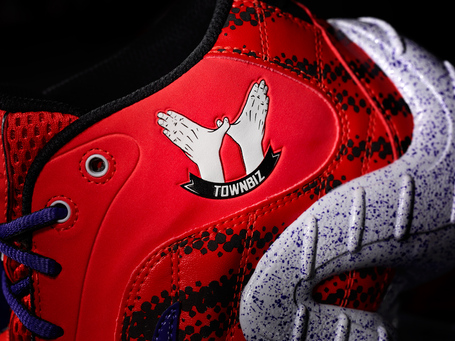 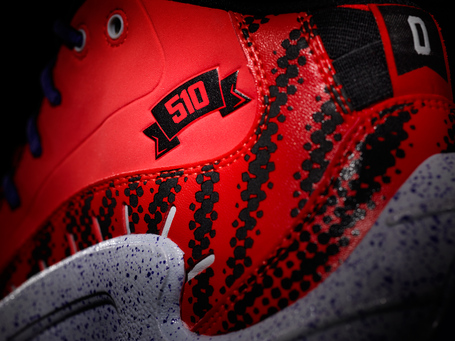 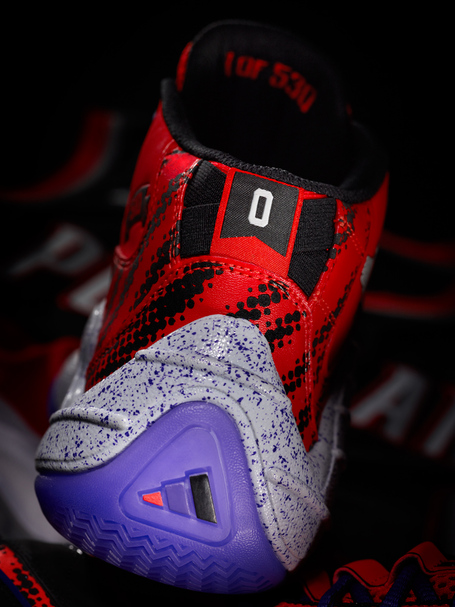 Lillard was recently named "Sneaker Rookie of the Year" by a shoe website. He appeared in his first Adidas ad earlier this year and starred alongside Washington Wizards guard John Wall and Philadelphia 76ers guard Jrue Holiday in a nationally-televised ad that has run during the playoffs. Lillard recently offered a behind-the-scenes look at that video shoot.

Adidas also unveiled this shirt honoring Lillard at his Rookie of the Year press conference.