Portland Trail Blazers GM Neil Olshey and president Chris McGowan welcomed the Dalai Lama to Portland by presenting him with a personalized jersey and team hat during a talk at the Memorial Coliseum on Saturday.

Tenzin Gyatso is the 14th reincarnation of the Dalai Lama, hence the jersey No. 14. In case you were wondering, here's the list of Blazers who have worn No. 14 via Basketball-Reference.com.

The Dalai Lama was in town to deliver an "Inspiration for the Global Environment" talk in conjunction with an Environmental Summit that was held over the last few days.

The Dalai Lama in turn presented Olshey and McGowan with white scarves.

Here are a few pictures. 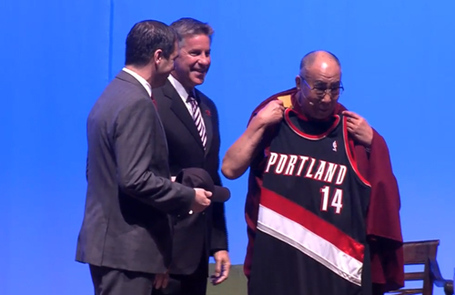 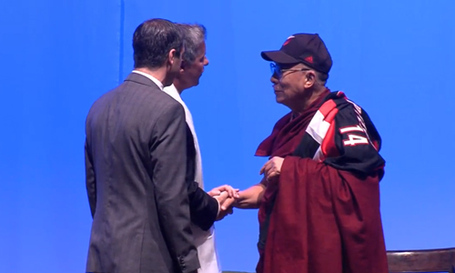 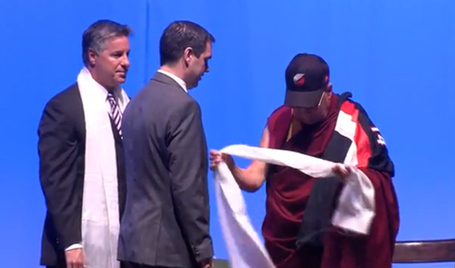 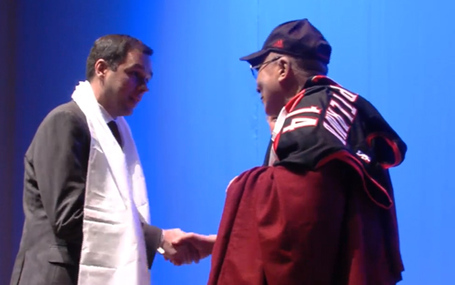 Video of the talk can be seen here. The jersey presentation starts around the 9:15 mark.

All photos from the live feed at DalaiLama.com.