The Portland Trail Blazers will wear special shooting shirts to commemorate the Chinese New Year during Friday night's game against the Houston Rockets at the Toyota Center.

The Portland Trail Blazers will wear special shooting shirts to commemorate the Chinese New Year during Friday night's game against the Houston Rockets at the Toyota Center.

Some information from the Blazers. Pictures of the shirts, which bear a "Year of the Snake" design, are below.

The Portland Trail Blazers will wear specially designed adidas shooting shirts when the team takes on the Houston Rockets on Feb. 8 as part of NBA Chinese New Year Celebration 2013. The NBA is honoring its Chinese fans by hosting the league's largest international tribute ever from Feb. 7-14.

All 24 NBA teams playing on Feb. 8, Chinese New Year's Eve, will wear the shooting shirts from adidas, the league's official on court apparel outfitter. The limited-edition shirts will be available for fans worldwide at NBAStore.com and in China at nba.TMall.com.

The league will usher in the Year of the Snake with a record 23 live games televised and streamed in China over eight consecutive days. Five NBA teams will host in-arena Chinese New Year-themed celebrations and two additional teams will have signage recognizing the holiday.

"Chinese New Year is the most important festival for our fans in China, and we are happy to once again celebrate with them and their families," said David Shoemaker, CEO of NBA China. "Thanks to the support of our great partners, we are celebrating the Year of the Snake with more NBA programming than ever before and a comprehensive array of Chinese New Year-themed fan activities in China and the U.S."

Fans in attendance of the in-arena celebrations will experience a variety of elements and activities that pay tribute to Chinese culture, including food, live performances and entertainment.

Here are the shooting shirt designs. 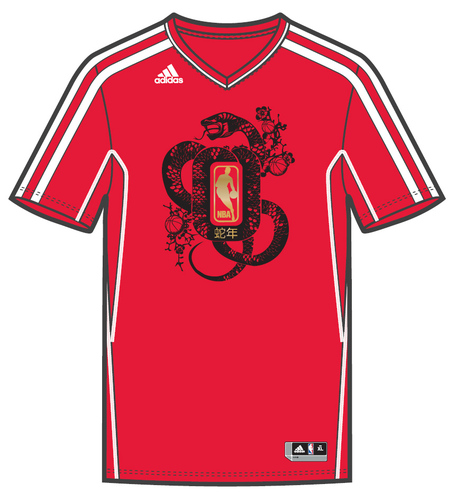 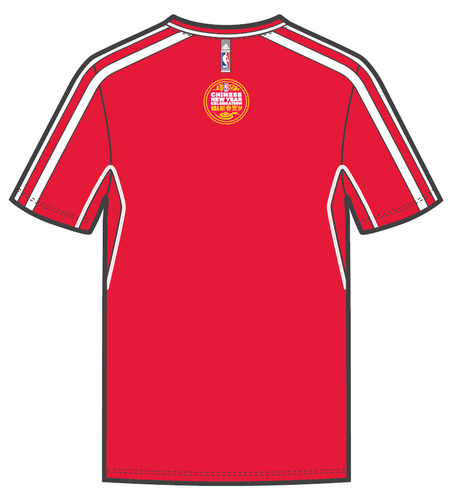