The Portland Trail Blazers defeated the New Orleans Pelicans, 110-107, at the Moda Center on Saturday, improving their record to 23-5 on the season.

The Portland Trail Blazers defeated the New Orleans Pelicans, 110-107, at the Moda Center on Saturday, improving their record to 23-5 on the season.

Professional athletes aren't immune from the tug of an impending holiday break, and it's fair to say that the schedule did the Blazers a favor in their final pre-Christmas contest. The Pelicans were an ideal opponent under these senioritis circumstances: they haven't yet beaten a team that's currently above .500, they are tied for the second-fewest road wins in the Western Conference, and their closing five-man line-up (Jrue Holiday, Eric Gordon, Tyreke Evans, Ryan Anderson and Anthony Davis) has played just 81 minutes together all season, in large part due to injuries.

There are contrasts, and there are stark contrasts, and there are contrasts so stark that they can actually dampen the drama, even in a game that came down to a hectic final possession. New Orleans' top five looked tantalizing but untested, and the disparity in chemistry and experience played out as one might have expected, with Portland reeling off a 7-2 run in the closing two minutes to pull out the home victory.

Hero honors went to Blazers guard Damian Lillard, who took a crucial charge with less than two minutes remaining and then delivered the go-ahead three-point just 15 seconds later. The bang-bang, defense/offense sequence continued what's been a stellar, highlight-packed week for Lillard, who made it clear that professional athletes aren't immune to a little afternoon dozing, either.

"Lately I've been taking naps," he said, not joking, after posting a game-high 29 points (on 11-for-21 shooting) and five assists in 37 minutes. "That might be the difference."

The Blazers looked drowsy early, yet again, but they snapped alive when it mattered, even after conceding a 14-2 run that set up a tense final two minutes. It's not every day that an offensive foul will swing a game's outcome, but Lillard's ability to anticipate Holiday's movement, take the contact and get the call even though he was playing with five fouls was the difference-maker.

"I saw the action was to my right, it seemed like [Holiday] was going to try to look at that and take me away from the strong side," Lillard said. "I saw him take off, his whole momentum was going to the right, and I just jumped the move, jumped on his right hand, and I let him run me over. I wasn't worried about [getting a sixth foul]. There was about a minute left. I didn't have time to be worried about my fouls. I felt in my gut that that was the right play."

His deep three moments later seemed almost like a karmic reward for the stop. It's not often that a go-ahead 29-footer is the third-most memorable shot of a player's week, but that was the case here, with his game-winners against the Detroit Pistons and Cleveland Cavaliers looming as high standards.

"I think everybody [expects Lillard to make that shot]," Blazers forward LaMarcus Aldridge said, after finishing with 18 points (on 8-for-24 shooting), eight rebounds and four assists. "We all have the most faith in him. ... He's definitely playing at an All-Star level right now."

Lillard's late-game numbers are starting to border on crazy town. He's up to a league-leading nine clutch three-pointers on the season, and he's shooting 52.9 percent from deep on such attempts, the best in the league among players with at least 10 clutch three-point attempts. His overall clutch field goal percentage is 53.1 percent, fourth in the NBA among players with at least 20 clutch attempts. Overall, Lillard is shooting 42.6 percent from deep on the year, up from 36.8 percent as a rookie, and he ranks in the top-10 among three-point shooters with at least 100 attempts.

"It's coming around," he said of his shot. "I might be a better shooter this year than last year. Last year I thought I was a really good three-point shooter but the percentages didn't show it."

That level of performance -- and his low-key, unimpressed thoughts on said performance -- are both representative of the Blazers' calm, businesslike approach to endgame scenarios. The strong sense that the Blazers would escape in this one had something to do with New Orleans' shortcomings, mentioned above, but it was equally influenced by Portland's track record of smart decisions and quality execution that grows by the week. Here, Portland got three stops on New Orleans' final four possessions, including the last one which saw two missed three-pointers, while scoring on its own final three possessions.

Blazers center Robin Lopez, who spent the 2012-13 season in New Orleans, said he can feel the contrast.

"Last year we were young and we realized that, we were out on the court gaining experience," Lopez told Blazersedge, after finishing with 14 points (on 6-for-11 shooting) and seven rebounds. "It's a different thing year. We've won a few games, we have an idea of who we are. When you're talking about confidence, you just need to look at the last few minutes of the game, when it comes down to the wire."

Aldridge openly admitted that he never found a rhythm with his jumper against the Pelicans. Related: he didn't take a shot in the game's final three minutes, while Lillard stepped into the leading role, without really being told.

"Last year to this year, [I see] growth of where we want to go," Aldridge explained. "[We go to guys based on] how guys are playing out there in that game, and guys [are] more comfortable making shots."

"Damian is Damian," he said. "He just understand what needs to be done, he takes it upon himself when he needs to. He's fearless taking the ball to the basket. He makes big shots. He competes defensively. I think Damian kind of speaks for himself. It's not like we should be surprised by it any more." 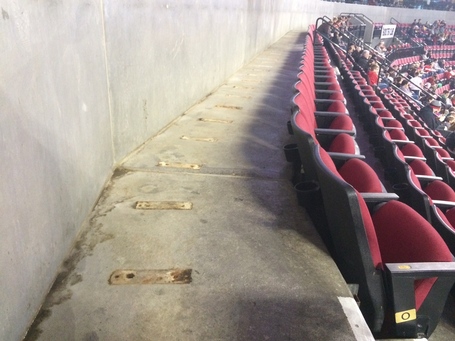 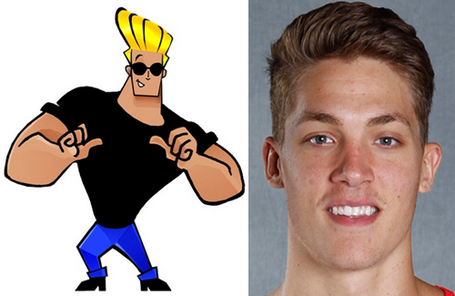 Well, believe it or not we still keep preaching defense. Slow start, one thing about our team, we keep competing, as a coach that's all you want your team to do, keep competing. We got good contributions from everybody who played, we find ways to win, we get stops when we need them, make big shots when we need them. New Orleans is a tough team to guard, I think their record is deceiving. When Ryan Anderson came back, they were without Davis for awhile, they were without Anderson for awhile. Now that they have both of those guys on the court, they're a very potent offensive team with those three guys that can penetrate.

Getting out in transition, push tempo

It coincides with getting stops. It's more difficult to run when you're taking the ball out of the net and their defense is set. Those go hand-in-hand. It's like that for every team. You get stops, you get out, that's how there are swings in the game. Both teams experienced that. Probably the team that gets more of them usually wins.

Damian is Damian. He just understand what needs to be done, he takes it upon himself when he needs to. He's fearless taking the ball to the basket. He makes big shots. He competes defensively. I think Damian kind of speaks for himself. It's not like we should be surprised by it any more.

Well, that's a good example of him competing. Some guys would have gotten out of the way because of that. He knew, I don't remember what the score was at the time, but we needed a stop and he was in good position. You've got to play the game. If he had hesitated, if he had shown any reluctance not to do it, he would have been called for a foul.

I wanted to help that second unit out with a little bit of spacing. Meyers has a good understanding of spacing, he sets screens, he and Joel [Freeland] play well together, I want to be able to help out Mo [Williams] and Damian. They're in there with Mo and Damian, add a shooter, Dorell or Wes, I want those two guys to play off of pick-and-rolls, have Joel who spaces well, and Meyers who spaces well, to play off of that.

He got hit. I don't know if he got hit by a person or on a fall. It's his right hip. We'll have some update on that.

I thought he played well. I thought he did what we needed him to do. He still needs to rebound a little bit better. I was pleased with the way he played. And yeah, he deserves another shot, that's for sure.

What keyed your comeback?

What is troubling you defensively? Slow starts -- lack of effort or focus early in games?

No. New Orleans is a very effective, very potent offensive team. When they have their guys -- with Ryan Anderson on the floor, they rank as one of the best offensive units in the league. They made seven out of their first nine shots, they're mostly jump shots, hit some threes, that's what they do. We got off to a slow start. Trying to pinpoint or place blame, now's not the time for that.