Blazersedge reported back in November that the Portland Trail Blazers are investigating the possibility of new designs for the 2015-16 season. The current look has been in place for more than a decade.

Here's a sample of two of the submissions with commentary from Lukas. The first design is by Dan Hallberg and the second design is by Tyson Staab. Click the images below to enlarge.

The Blazers' pinwheel logo, which is supposed to represent the five-on-five dynamics of a basketball game, is one of the most unique marks in the league, and many readers found ways to give it a prominent role in their jersey designs. The most interesting approaches were taken by Dan Hallberg and Tyson Staab, both of whom chose to make the pinwheel big -- like, really big.

These designs are flawed but intriguing. Hallberg's concepts would be better if his oversized pinwheel graphics wrapped around to the back and/or onto the shorts, and Staab's uni set would benefit from better typography and a crisper presentation style. But both of them make good use of scale by blowing up the pinwheel to the point where it's almost an abstraction but still recognizable. These could definitely be revised into something very workable. 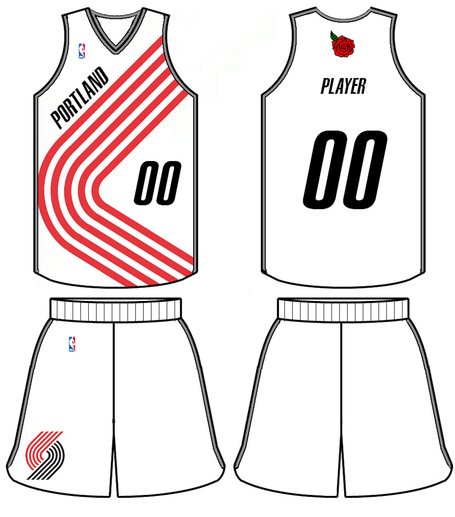 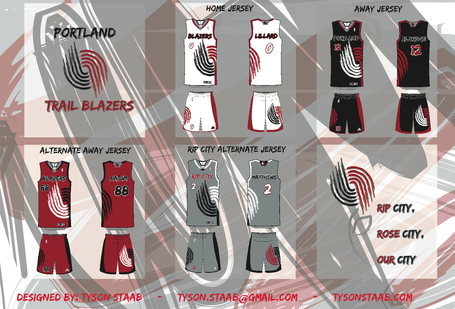 Check out the rest of the design contest entries right here.

PS Thanks to cavejunctionblazer for getting there first in the FanShots.