The Portland Trail Blazers unveiled Thursday the new logo for the "Moda Center," which incorporates a purple rose in its design as a "tribute" to the history of the Rose Garden.

The Portland Trail Blazers unveiled Thursday the new logo for the "Moda Center," which incorporates a purple rose in its design that is said to be a "tribute o the history of the Rose Garden.

Here's what the logo and its various elements look like. 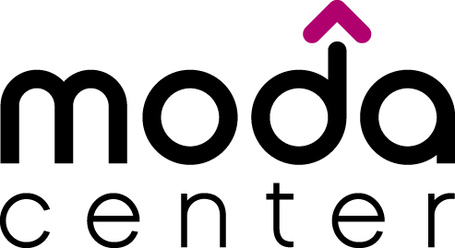 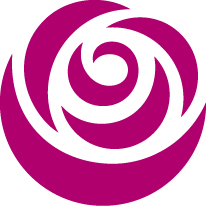 Here's the release from the team.

In conjunction with Rip City Management and the Portland Trail Blazers, the Moda Center has released its official logos and usage guidelines. The logos were created by Portland-based experience design and innovation firm, Ziba.

"We wanted to make sure we went through a thorough design process with the creation of the Moda Center logos," said Chris McGowan, President & CEO of the Portland Trail Blazers and Moda Center. "After a span of more than three months, which included countless renderings and proposals, we are really pleased with the end result."

"Our challenge was to design a new logo and identity that was true to the history and spirit of the arena, authentic to the Moda Health brand and meaningful to the Portland community at large", said Mehdi Tabrizi, Managing Director at Ziba. "We believe the close collaboration between Moda Health, Ziba and Rip City Management, has resulted in an identity true to Moda's services in support of better health and Rip City's commitment to Portland."

The logo consists of two elements: a plum-colored rose icon and Moda Center wordmark. The rose pays tribute to the history of the building as well as a nod to the "Rose City." The wordmark is an adaptation of the corporate logo for Moda Health, the community partner for the arena.

"We're thrilled today to be able to present this logo to the people of Portland," says Jonathan Nicholas, Vice President of Marketing with Moda Health. "We're confident they'll grow to love it as much as we do."

Installation of the Moda Center logo around the Rose Quarter campus has already begun. The external signage on the arena is scheduled to be complete in time for the Trail Blazers regular season home opener, Nov. 2 against the San Antonio Spurs. Additional signage and campus wayfaring are scheduled to be finalized shortly thereafter.

PS Sorry for the weird fit at the top, the logo's dimensions didn't interface very well with our system.