Bert Kolde, adviser to Portland Trail Blazers Owner Paul Allen, apparently had his Twitter account hacked Friday, causing spam messages to be send to his 167 followers. Back in December 2011, a Blazers spokesperson confirmed that the account @bertk was Kolde's after he disputed a report that the Blazers had decided to waive Brandon Roy using the Amnesty Clause.

Kolde has only posted on the social networking site three times, most recently in April, when he congratulated then-interim coach Kaleb Canales on a strong start, but his account sent this private message to his followers: "Hey you hear about the gossip your mentioned in? it started some serious drama. it fired up a lot of people on here." The message also included a link. 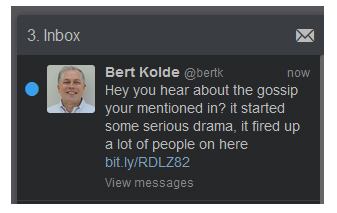 Kolde attended Washington State University with Allen and has been a key part of recent executive searches, including the hiring of GM Neil Olshey and President Chris McGowan. He regularly sits with Allen in courtside seats at Blazers games.