Last week, we noted some of the goof troop behavior going on during the Portland Trail Blazers' preseason road trip. Forward Luke Babbitt was getting his picture taken while sleeping, center Meyers Leonard was wearing a "Captain America" mask and guard Damian Lillard was holding a Barbie.

Here's more: Blazers forward Nicolas Batum snapped this photo of Leonard and Lillard decked out in pink backpacks, another now standard practice of NBA rookie hazing. Lillard has the Hello Kitty model while Leonard's has a blonde female. The Blazers are in Oklahoma City for their 2012-13 road opener against the Thunder. 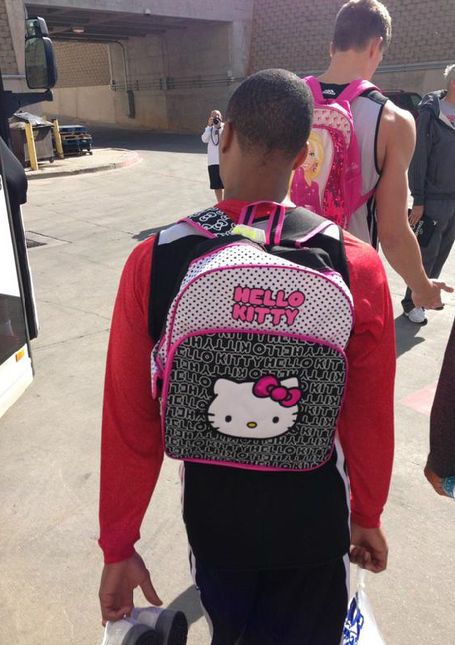