Looks like the Portland Trail Blazers had a fun flight to Utah in advance of the preseason finale against the Jazz on Thursday.

Last season, and over the summer with Team USA, a "#GotEm" trend swept Twitter. It's an extremely complicated concept that I'm not sure I can fully explain, but basically you take a photograph of someone sleeping on a team plane or bus and then plaster it on social media to shame them.

Below, check out a picture of Lillard with a Barbie doll, which is presumably a part of his rookie hazing/orientation. 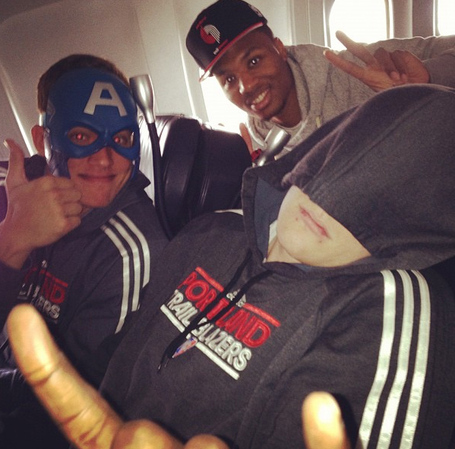 Here's Lillard and his new companion, courtesy of Nolan Smith on Twitter. 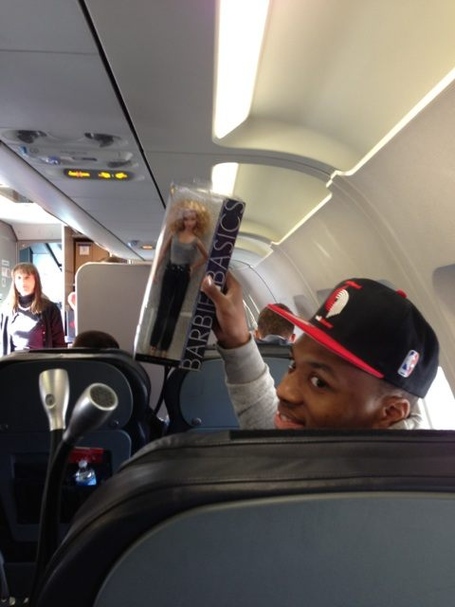