Full transcripts from 2012 Portland Trail Blazers Media Day are coming down the pike later this afternoon. Until then, enjoy these photographs from the festivities, which were held this year in the team's Rose Garden FanShop.

If you're looking for pictures and details regarding the team's new red alternate jerseys, click here.

In maybe the greatest Media Day moment in NBA history, Blazers rookie center Meyers Leonard spotted his jersey for sale. After his interview was complete, he actually purchased it. Here he is checking it out on the rack. 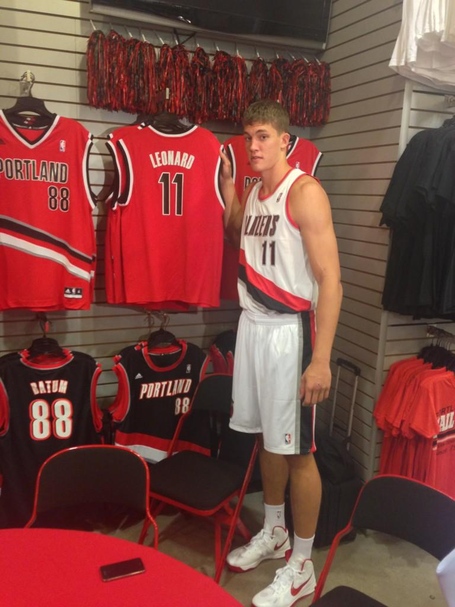 Blazers rookie point guard Damian Lillard was sporting a fresh new cut. "Had to take it to the skin," he explained. 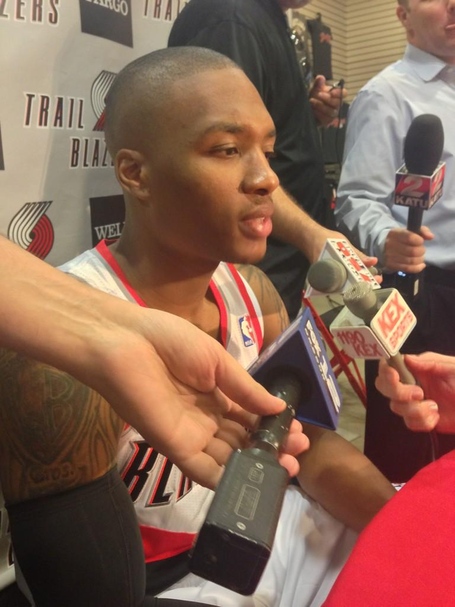 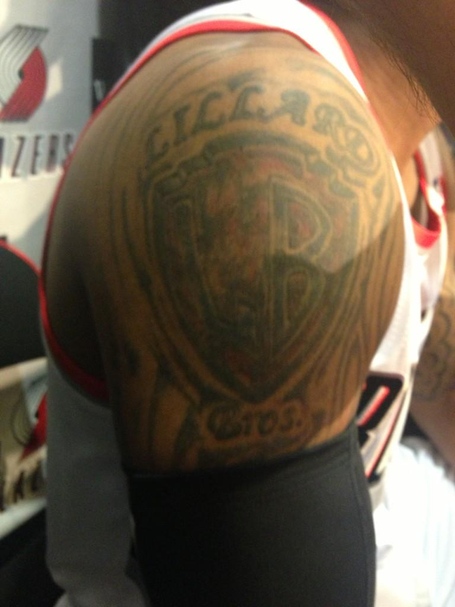 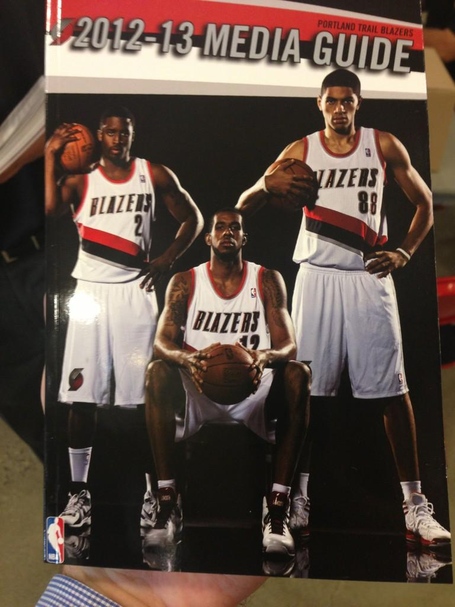 Here's Luke Babbitt explaining that he put on 12 pounds of muscle during the offseason. 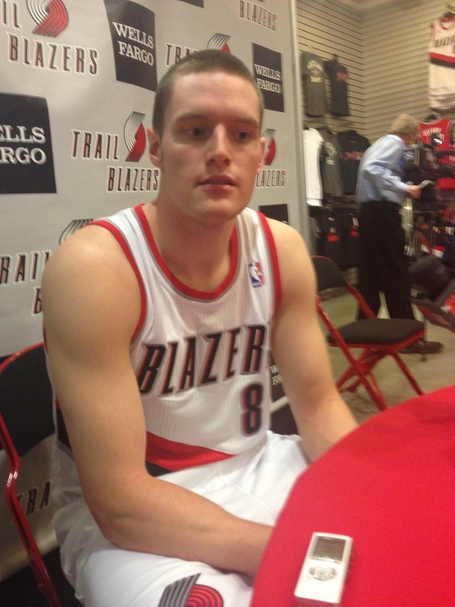 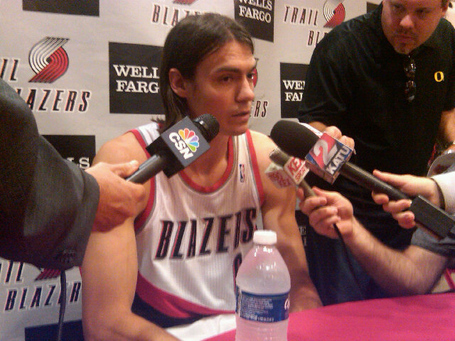 Here's Blazers guard Ronnie Price hamming it up as some goon tries to interview forward J.J. Hickson. Picture via Mike Tokito of The Oregonian here. 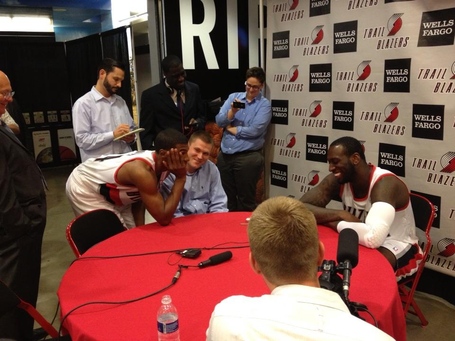