On Monday afternoon, the Portland Trail Blazers took to a Boys & Girls Club in North Portland to introduce their newest members: Raymond Felton, acquired via trade from the Denver Nuggets, and Nolan Smith and Jon Diebler, the team's 2011 NBA Draft picks.

Notes and quotes coming in a bit. First, a few pictures.

The "potbellied" Felton enjoys a cupcake one day after his 27th birthday. Felton said that when he was a child his father worked for Russell Stover Candies. 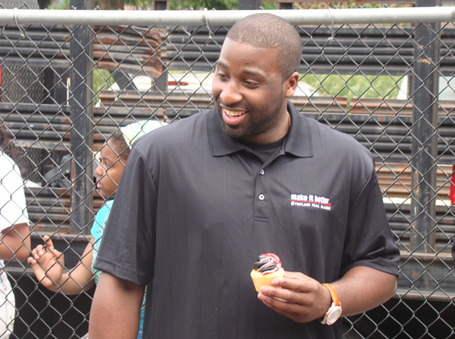 Nolan Smith shows off the tattoo on his right arm dedicated to the memory of his late father, Derek Smith. More on that here. 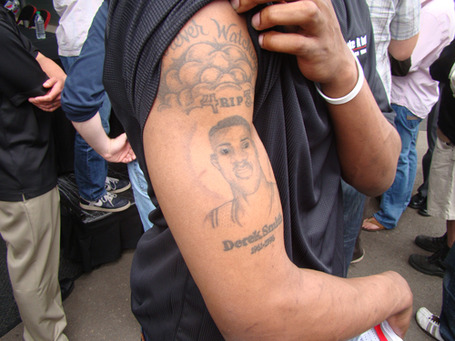 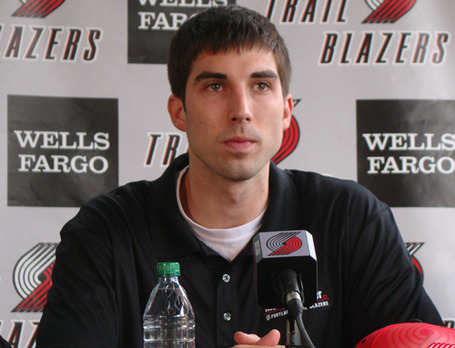 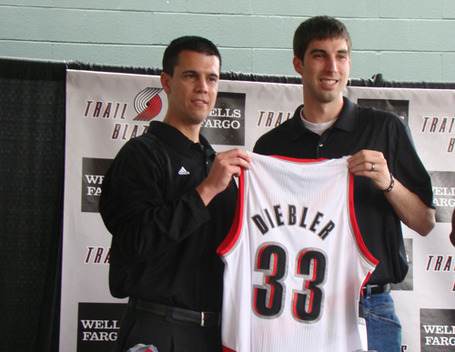 Felton enthusiastically displays his jersey, No. 5. 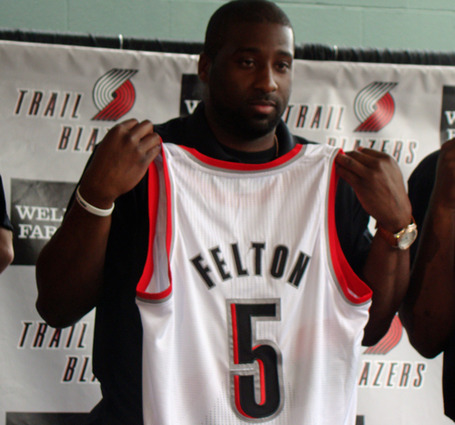 Nolan Smith beams as he shows off his new jersey, No. 4, with Blazers coach Nate McMillan looking on. 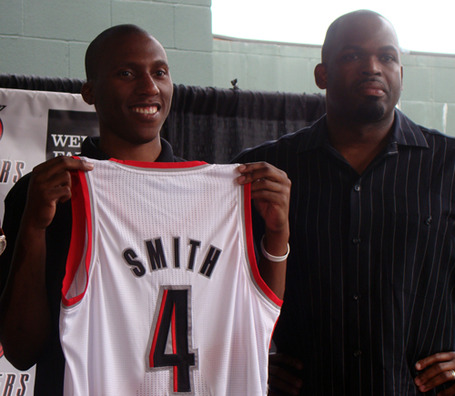 All the microphones cut off just a few minutes into the press conference, leading to speculation that Blazers owner Paul Allen had suddenly decided to "part ways" with the electrician. Despite that setback, the show went on, with dozens of local kids getting a chance to pose for pictures, sign autographs and play kickball with the newest Blazers. Cool scene. Lots of happy kids.