Blazersedge and Pounding the Rock Talk Spurs vs. Blazers

Share All sharing options for: Blazersedge and Pounding the Rock Talk Spurs vs. Blazers

Here's a little e-mail exchange between Jollyrogerwilco of Pounding The Rock and I regarding the upcoming matchup between the Blazers and Spurs and the state of the two teams.  Enjoy!  And make sure to head over to their thread (nicely) in order to experience more conversation. 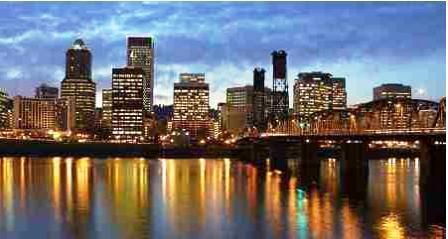 The conversation follows the jump...

So, the Spurs, huh?  For the Blazers this is sort of like playing against your older brother who used to school you routinely on the playground, but you finally got big and thought you caught up to him.  Then you ended up in a wheelchair and he's pounding you again.  At some point the enthusiasm wanes when the story doesn't change.

Don't bother delving into Portland's chronic injury problems.  We're just rolling our eyes at this point.  Greg Oden...out again.  Brandon Roy...out indefinitely.  Marcus Camby...out.  Joel Przybilla...hobbled.  Nicolas Batum...day to day.  You know how a guy once said, "I felt sorry for myself because I had no shoes until I met a man with no feet"?  The Blazers are the man with no feet.

That's not to say Portland is without joy or hope.  LaMarcus Aldridge, once labeled soft, has assumed the Franchise Player mantle in the absence of Roy.  His All-Star caliber play has led Portland to multiple victories, albeit against weaker teams.  The easiest way to bottle up the Blazers is to stifle Aldridge, but his multi-faceted scoring ability and newfound passing acumen make that a harder prospect than it once was.  Shooting guard Wesley Matthews has also stepped up.  He not only scores, he provides a crucial defensive element all but missing in previous years' backcourts, even when the Blazers were winning 50+.  Even casual observers will have noticed that recent Portland teams have dealt with pick and rolls the same way a fourteen-year-old guy deals with unhooking his first bra strap, looking awkward and basically clueless.  Not so much this year, as Matthews and Batum provide a strong perimeter defense complementing Camby's rim-watching and shot blocking.  Also in the plus column:  Andre Miller has been playing seamless point guard basketball, neither sticking out trying to dominate nor retreating as he was wont to do last year.

For all of that the Blazers are still barely keeping above .500. Of their 25 wins, only 4 could be called quality.  A rotten bench (unsurprising given the injuries and resulting promotions of former bench players) and erratic play from every player not mentioned in the last paragraph keep the Blazers from excelling.  With far too few options they're simple to solve at this point.  Stick to the basics, control Aldridge, lather-rinse-repeat until it works.  Portland will play even with or even beat good teams for a quarter or two, but they're not going to prevail for 48 minutes. 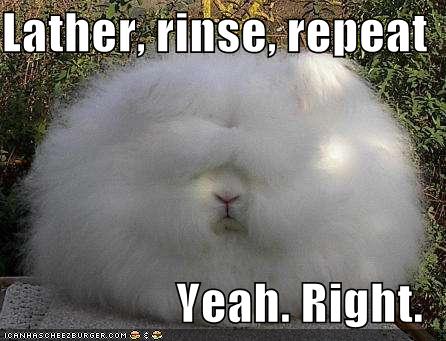 Aldridge is no longer soft?

Older brother. You had to start with the age jokes, huh? Couldn't have said "Big brother" could you? Well, it's all right, I suppose. If I had been the one to lead off, I would have found it difficult to NOT say something about the injuries; something conciliatory, to be sure, but I'd still have been bringing it up. And now that you're the one to bring it up:

The Blazers are the man with no feet.

What can I say to that? Honestly, there's no comeback for me there. I'm reaching into my pocket for loose change to donate to your metaphor because I'm feeling so bad about this. Sure, the Blazers have owned the Spurs for the last few years, but it never happened in the playoffs, so no serious animosity had built up among the fans. On the contrary, there are quite a few Spurs boosters at PtR who count the Blazers as their second favorite team. It was fun to root for your guys, as the up-and-coming trendy team on the rise. Portland was the OKC Thunder, before there was any Thunder (sounds kinda mythical or meteorological, doesn't it?).

And it's still fun for me to like Portland because of the Longhorn association. I live in Austin and follow the 'Horns, so LaMarcus Aldridge showing his this-is-my-team mettle is plenty fine by me, and makes it a little less like beating up on a wheelchair-bound sibling. Especially when players like Aldridge seem to be San Antonio's kryptonite. Seriously, I don't think he's had a bad game against the Spurs. Ever.

And as far as your instructions for shutting down the Blazers are concerned, it's impossible to rinse and repeat if you never could get the knack of lathering in the first place. And this year's Spurs team isn't exactly the defensive juggernaut that previous incarnations were. They've played some pretty fair defense occasionally, but not all that great, and never for very long. Which means that they're having to outscore teams. Ugh.

Which is not to say that I dislike the fact that the offense has been better than ever before; not at all. The fact that scoring has come so easy to the team this year puts an entirely new spin on the "which player would you choose?" game. I was at the Rockets @ Spurs game on Saturday, and I asked Andrew McNeil of 48Minutes of Hell which player from Houston's roster he'd most like to have. I found myself arguing against Scola and Martin and for Battier, using the argument that the offense has been good enough that Luis and Kevin might not make it any better, but Shane would immediately become the team's best wing defender. I can't believe that I still miss Bruce Bowen like I do.

Coveting Battier?  That does herald a change.  In the old days that would have been like adding salt to McDonald's french fries.  San Antonio's offense must really be crankin' if he's your new dream date.

But see, that's just the issue for Portland.  Pwnage or not, Aldridge in nerd glasses or a cape, it doesn't matter.  The Blazers score like a blogger at cheerleading camp...which is to say not much.  Sure LaMarcus might paste 30 on you, but the rest of the guys are just random, especially from three-point range.  You heard of Rudy Fernandez, the guy who shot .425 from distance his rookie year?  He's shooting .333 this season.  Nicolas Batum shot .409 from the arc just last season.  He's at .330.  Nobody can take their man off the dribble and Aldridge doesn't have mad ref respect, so the Blazers aren't drawing foul shots either.  No threes and no charity tosses equals no extra points for Portland.  They only get what they can manufacture.  And when it comes to manufacturing points they're more summer camp macaroni art than high-tech assembly line.

So here's the story:  Blazers look good coming out of the gate because, you know, it's San Antonio.  Against wiener-dog teams Portland comes out slow, but they always get up for name-level opponents.  Portland hangs with S.A. during the first.  But the bench comes in and does the Keystone Cops routine, leaving the starters to save their bacon in the last minutes of the second period.  San Antonio probably goes into the locker room with a small lead.  Portland comes out fired up in the third, takes the lead, then loses it back again with the reserves.  It's neck and neck into the fourth.  Then San Antonio gets the fiendish plan to, you know, score points.  "DRAT!" say the Blazers, "That's the one thing we're not good at!"  Portland runs its offense and gets 22-25 points.  The Spurs hammer out 30.  Ballgame.

The only thing that disrupts this drama is if somehow a bench guy like Patty Mills gets hot.  (Non-WAC WCC or Australian fans are saying, "Who?!?"  That's exactly the point.)  Or maybe Rudy Fernandez forces 6 steals.  Or maybe Nicolas Batum has his once-every-six-games superstar night.  Then Portland can hang close.  But those things usually happen against bad teams.  Unless the Spurs want to be a bad team, Portland will have real trouble with them. 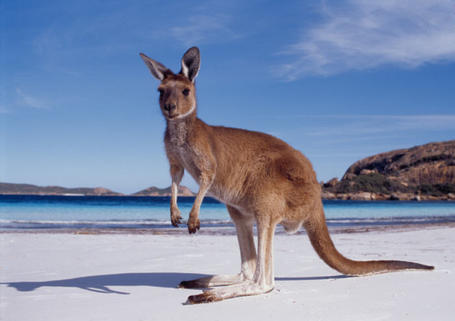 This year's offense is kind of like a potted cactus, it doesn't seem to need much care or maintenance at all. There have been a number of games missed by the role players for various reasons (most noteworthy is the bone bruise for Matt Bonner, who was the league leader in three point FG%) but there haven't been any hiccups of note. The Spurs are 3rd in offensive efficiency, 3rd in 3-Point %, 4th in overall field goal %, and seem comfortable playing up-tempo or half court.

Sounds like Portland's outside shooters are having the same off-year, that we saw in San Antonio last season. But those season stats don't mean anything when looking at a single game, which is why I'm not falling for your overly-pessimistic view of what's going to happen Tuesday evening. That, and the fact that the Spurs just played that exact game against Houston. You didn't watch that game and use the pattern to try to lull me to sleep did you? Well it's not going to work.

Mostly because I can point to no real reason why the Spurs are so much better than last year, so every once in a while I still get that it's-too-good-to-be-true feeling. Good health plays a part, but they've had healthy seasons before. Much has been made about the "different style" they're playing this year, but while there ARE differences to be sure, it's still the same team and the eyeball test confirms that. They are fast breaking more often than in years past, but the numbers don't show anything dramatic on that point. It's more like a dozen little things that have all improved -- just not a lot, so that there's something to point to -- which makes it difficult to avoid wondering if it can all go away just as fast. Especially since the one thing that's the easiest to point to is Duncan's lower numbers. Now, they're obviously down because usage and not because of slippage, but still ...

I don't want to give you the feeling that I'm constantly expecting the wheels to fall off. That's not it at all. It's just that diagnosing this season hasn't been the simplest thing to do, and you never know when Patty Mills is going to go off.

We are mirror images.  I keep getting that "It's too bad to be true" feeling.  But seriously, I don't want to give the image that I'm terribly pessimistic about the Blazers' chances either.  For one game anything can happen.  Portland does play inspired games sometimes and when they do, team basketball shines oh so prettily.  But we're talking before-the-fact analysis here and there's pretty much zero reason to predict the Blazers will beat any really good team at this point.  I used to love playing good teams.  They were measuring sticks.  Now it's like getting thwacked with a yardstick by an angry parochial school nun.  In fact that's exactly how I envision Tim Duncan, habit and all.  Portland didn't do its homework.  No excuses!  Thwack! Thwack! Thwack! 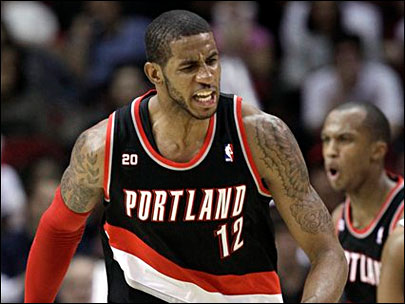 I can haz an All-Star berth?

Dave, I ask out of concern: what kind of terrifying childhood did you have? From your references to older bigger brothers pummeling you, to your remarks about livid educators doling out punishment with measuring devices, to your description of Tim Duncan dressed as a female ascetic - I was starting to feel just a bit like I was sitting in on a therapy session until you started your meditating.

Speaking of which, you might want to reconsider the wording of that last part. While there are many things to be said about being named as a reserve in the ... you know what, never mind. I think you're on the right track after all. In fact, I'm sure of it. Now, your mantra is not quite the same as the song we're singing in anticipation of the RRT (when the Spurs go on the road for 9 games in 17 days) but it should do.