Jason Quick with a shocker...

Trail Blazers general manager has been fired by owner Paul Allen, less than an hour before the 2010 NBA Draft was set to begin.

A source close to Pritchard said Allen informed the popular general manager that Thursday would be his last day of work, which will include conducting the Blazers draft.

The mood here at the Practice Facility just went from subdued to totally surprised within the last 90 seconds.

On the bright side, the "Keep KP" rally didn't waste its time.

We have reached a new pinnacle of dysfunction. 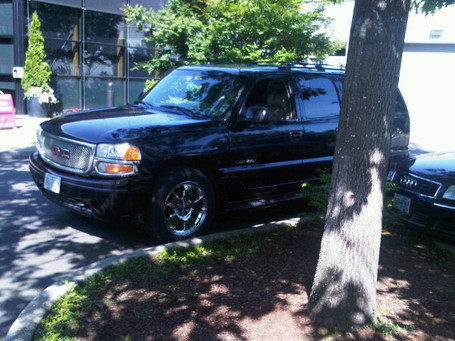 Paul Allen will discover Blazers GM job isn't nearly as attractive as he believes it is. Especially now, no elite GM wants to touch it.

The long wait until the post-draft begins. Who will show up to break this down?  Kevin Pritchard? Paul Allen? Nate McMillan?

The shock reverberates among national media writers like Sam Amick.

Trying to focus on draft, but still can't get over the fact that Portland GM Kevin Pritchard was fired on draft night. Wow.

Paul Allen's handling of the Pritchard firing will create a big PR backlash from Blazers fan base. Cold. Won't endear him to future GM