Share All sharing options for: Andre Miller Went Off

Guard Andre Miller scored a career-high 52 points tonight in the Blazers 114-112 overtime victory over the Mavericks in Dallas, tied for the second highest point total by a player in Portland Trail Blazers history.  His previous career high was 37 points. 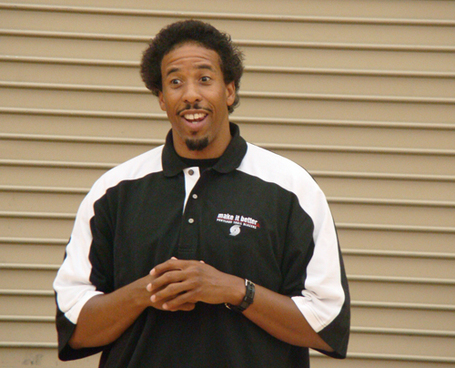 Art Garcia of NBA.com quotes Andre Miller on his night...

"Had a few heated nights in my career, but this was one of those where I just didn't stop shooting."

"Andre, he was great. It looked like he had his legs.  I felt like in the last couple of games he looked a little fatigued and tired. We had to go other places. Tonight we put him down in the post, we felt like we could get that match up. Right off the bat, right from the start, he established a scorer for us, a go-to guy. I thought he and LaMarcus and the whole team, it wasn't just 1 or 2 guys, he and LaMarcus established that we had some guys we could go to tonight."

"Amazing things can happen when you're down manpower, if you just hang in there and stay steadfast to the things that are important."

In case you're interested, here's the list of top scorers in a game throughout the history of the Portland Trail Blazers.

Also, here's the list of top field goals made in a game throughout the history of the Portland Trail Blazers.
Miller's night was so big he achieved a rarity for a Blazer: he became an eponymous "Trending Topic" on Twitter, which represents the most discussed topics on Twitter at any given moment.  Miller is sandwiched between "SNL" and "Miss America." 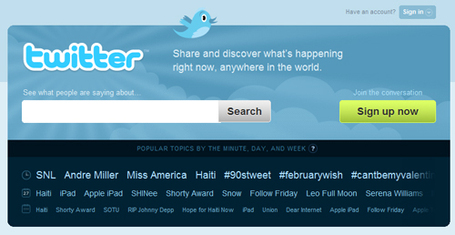 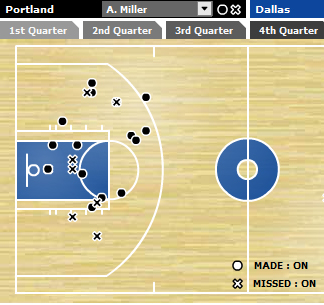