At 5 PM this evening, the Portland Trail Blazers announced via text message alert to the local media that Greg Oden would hold a press conference at 6PM at the Blazers Practice Facility in Tualatin to discuss nude self-portraits that were leaked onto the internet early this morning.  (Back story here.)

Shortly after 6PM, Oden emerged from Nate McMillan's office by himself, wearing a red Nike jumpsuit, a black "Team Oden" t-shirt, white Air Force 1s. Oden walked with the help of a wooden cane as he is still recovering from a season-ending broken Patella suffered in December.  He was met by a large group of local television, print and internet reporters.  Oden sat on a stool to answer questions, clasping a walking cane in both hands. 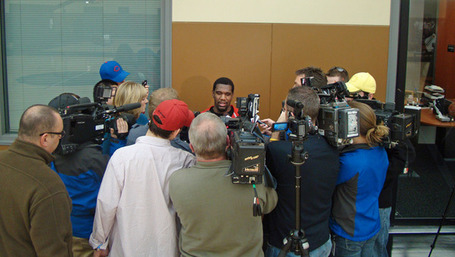 His mood was somber and his voice wavered but he answered questions directly and honestly for more than 10 minutes.  Members of the Blazers' Public Relations staff hovered nearby but did not interrupt the questioning until after Oden had made it clear multiple times that he needed to move along to a rehabilitation and therapy session with the team's trainer, Jay Jensen, but the questions continued.

Oden said he had grown a lot as a person in the last year or two and that he no longer takes and sends similar photographs because the internet and social media allow for such rapid distribution of private materials from person to person.

A new low on the Blazers beat came when an unidentified and unfamiliar female media member asked Oden if perhaps he shouldn't feel so unhappy about the pictures because "a lot of people are impressed."  Oden tilted his head to the side, shrugged his shoulders and chose his words carefully but seemed slightly rattled by the question.  He also noted that he would surely be the butt of jokes from his teammates for a long time to come.

(Update 9:21PM: The media member was Beth Slovic of the Willamette Week. I won't link her piece but it's out there.)

Here are Oden's opening remarks from the Press Conference.

Joe Freeman of The Oregonian has a transcript of the press conference, which includes questions and answers about his sponsorships, whether Oden plans to take legal action, and whether he is taking classes at PSU.

Brian T. Smith of The Columbian has a full story regarding the photographs.

Oden also appeared on John Canzano's Bald Faced Truth radio program on 95.5FM to discuss the photographs prior to addressing the media at the team's Practice Facility.  Listen to the audio of this interview by clicking here.

During an interview with Blazers Broadcaster Mike Barrett on Comcast's Courtside television program taped after his press conference, Oden stated that although he still wants to return this season, the doctors have not set a definitive timetable for his return.

Here is a brief video from the press conference.

A bunch of pictures... 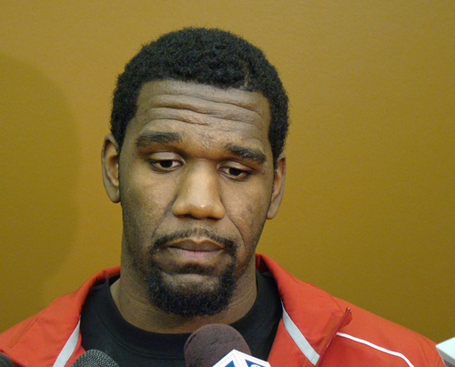 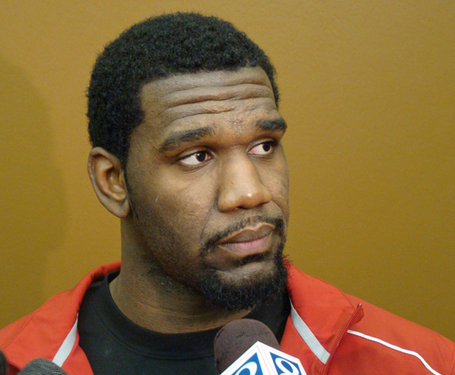 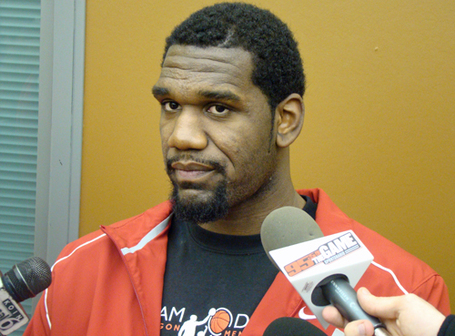 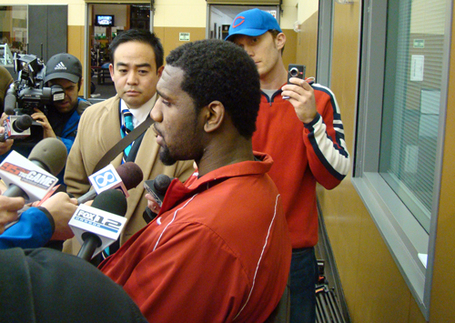 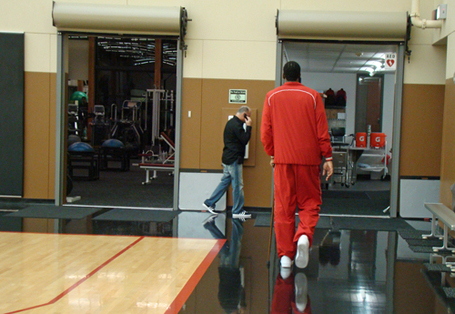 After the Press Conference, Oden walked to the Blazers' training area to undergo treatment with Blazers trainer Jay Jensen. 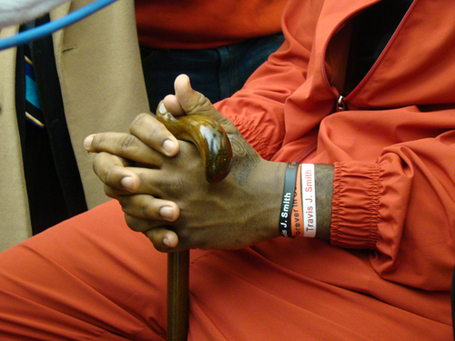 Oden clasped this wooden cane as he spoke to reporters.  The wristbands are in memory of his friend Travis Smith, who passed away. 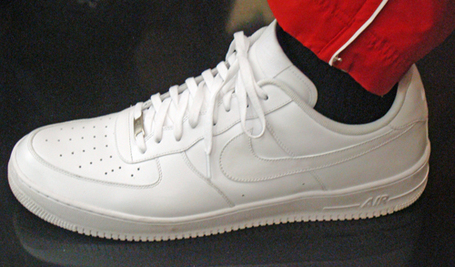 Despite the drama, Greg stays clean in these all-white Air Force 1s.