The Blazers have texted over the following update on Blazers rookie Jeff Pendergraph, who recently injured his hip... 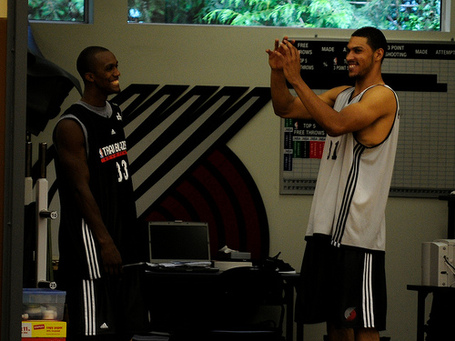 Despite his injury and need for surgery, Pendergraph was formally signed by the Blazers yesterday. The tentative timeline reported above would put Pendergraph's return in late November/early December, forecasting a sooner-than-rumored return.  Coincidentally, the NBA Developmental League begins play the last week of November so this could work out pretty well for everyone.

Until then, we can only hope that the conditions of his rehab still allow him to carry his teammates' bags. Bum hip or not, Brandon Roy is an All Star and his luggage isn't moving itself.

Pic via Alex McDougall for BE