Share All sharing options for: Photos: Brandon Roy Is Skinny

Just returned from a tour of the Practice Facility put together by Tim and the good folks over at the SportsTwo Blazers Forum.  More on the tour -- including a ton of photos starring some of your fellow Blazersedge readers-- later tonight or tomorrow.

The headline today was the presence of a much lighter Brandon Roy in the PF gym.  Roy and Travis Outlaw were working with Assistant Coach Bill Bayno on a variety of jumpers with Roy concentrating on pull-up jumpers off of various pick and roll locations around the perimeter.

As Mike Barrett previously noted, Brandon has dropped a noticeable amount of weight.  Now you can see for yourself in the first (albeit somewhat blurry) pictures of the new-look Brandon Roy to hit the internet. 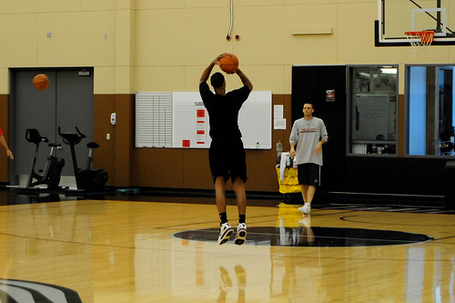 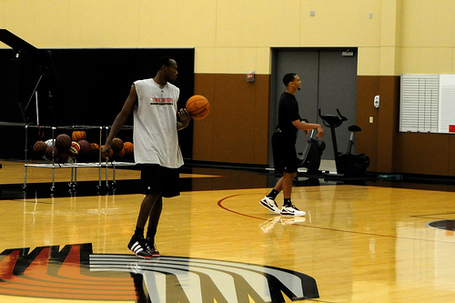 All Photos by Alex McDougall for Blazersedge. 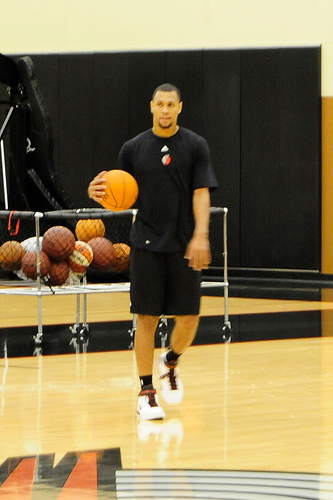 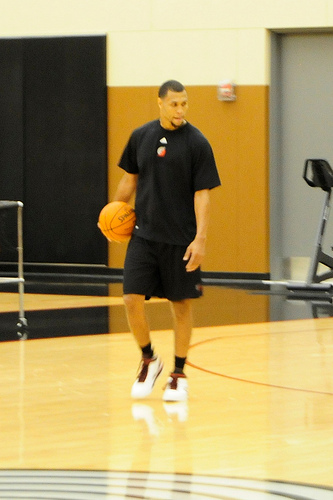 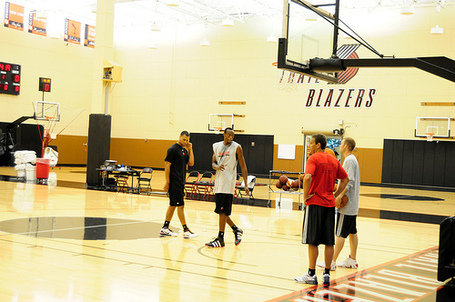