According to the unimpeachable Sham from Sham Sports, Blazers rookie Power Forward Dante Cunningham's contract details, which were not officially disclosed by the organization per team policy, are as follows: 2 years guaranteed at the minimum. That makes Cunningham's 2009-2010 salary: $457,588.  His 2010-2011 salary is: $762,195. 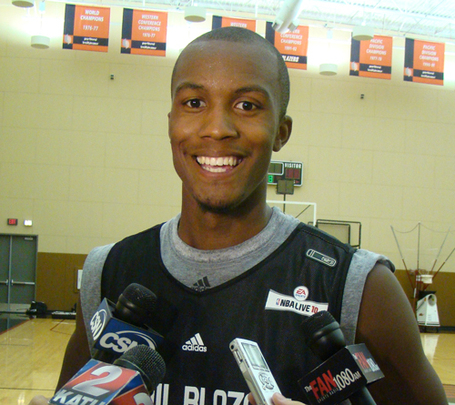 For more on Dante, check this post from a few weeks back with the team's official announcement.

Still no word on Portland's other second round draft pick, Jeff Pendergraph.