New Blazers Jerseys: Hot or Not?

Share All sharing options for: New Blazers Jerseys: Hot or Not?

They should really change the name of Longview, Washington, to Longdrive -- I had no idea how far away that place was. In any case, the big news from this morning's press conference -- other than Bill Schonely's return to the booth alongside Brian Wheeler during the "Turn Back the Clock" pre-season game at the Memorial Coliseum-- was the debut of these retro alternate jerseys. 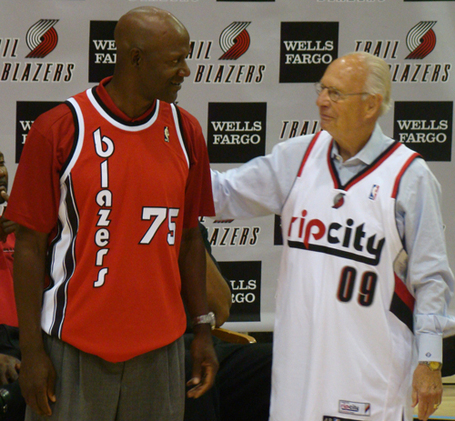 My first thought seeing these in person: dope. But checking the ole twitter this afternoon it sounds like there's a fairly vocal contingent on the other side. So let's vote it out.