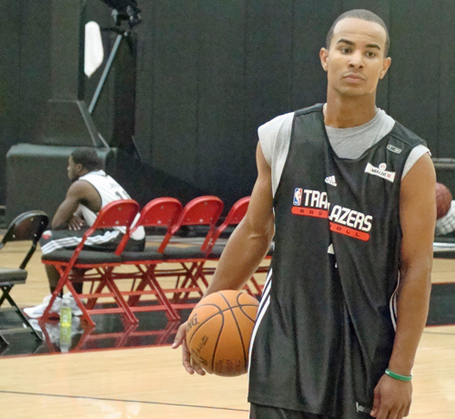 Click through for today's Summer League practice report.  Nate talks Team USA and free agency, Bayless talks NOT working out with Greg Oden and who the best point guard in the 2009 draft was... plus a whole lot more.

UPDATE: If you would like to hear Bayless's interview in which he denies working out with Greg Oden twice, listen to this MP3 FILE.  The first question comes from Joe Freeman at :20 seconds into the tape.  The second iteration of the question comes from Kerry Eggers at 3:43. More tomorrow.

I haven't. Coach K did re-sign. They are basically working on the staff.
If [being an assistant coach is] presented, we'll see. I'll talk to them and see what is all involved in that.
[The 2008 Olympics] was a great experience, time that we went through. The gold medal. It was an opportunity for you to get better, working with the best players, some of the best coaches, it's a great opportunity and I would certainly consider that.

You look at the teams that have made some moves... Cleveland.  Phoenix has made a decision to go a different way. It looks like Rasheed will sign with Boston. Detroit signed some free agents. Those teams' opportunities for those players are there.
To make a move [for us]... it takes two to tango.
Until you get on the court a lot of things look good on paper. It has to work out on the floor. I remember a couple of years ago L.A. had [Karl] Malone and [Gary] Payton and all of those guys. It looked good. It sounded good. But it didn't work out. I never go about who's grading it, who's bad. Because once you get out on the floor it's about who wants it.
San Antonio has made some moves. But I don't think it's over. Summer is just beginning. The signing period has just started. We've got the whole summer and a lot of things won't get done till late. 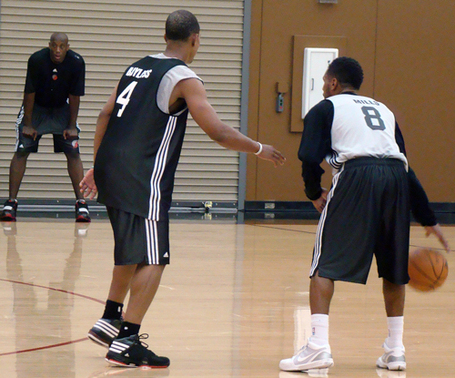