Share All sharing options for: Jerryd Bayless Clears Up Bay-Gate

This evening, Jerryd Bayless confirmed to Blazersedge that he did, in fact, work out with Greg Oden in Ohio, contrary to his previous statements. 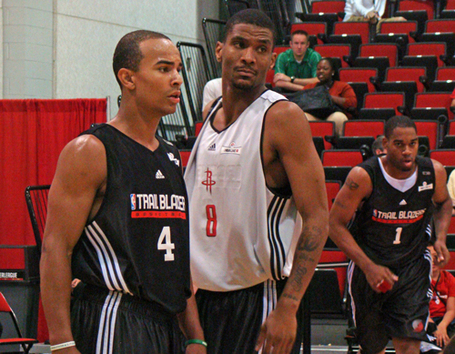 Bayless explained why he denied the workouts earlier...

I did go work out with Greg.

But the reason I said that [I hadn't before] was because I didn't do that as a media thing, as something to talk about. I went there to see one of my best friends. We talked. We worked on some things together.

It was just like you going to see one of your best friends.

It wasn't something that I thought was really appropriate to talk about with the media. That's why I kind of denied it. But yeah I did go see Greg and I want to leave it at that.

What did you guys work on?

Where's Greg's head out right now during the offseason?

He's doing great. He's going to be ready for this USA thing coming up and for next year.