Did you expect something different?  I didn't.  It was a brilliant win in many ways but brilliant is starting to become the norm for this group over the last few months.

PORTLAND, Ore. - The Portland Trail Blazers will tip-off the postseason on Thursday, April 16, with an afternoon rally (exact time TBD) in Pioneer Square, allowing fans to wish their team well before the Trail Blazers embark on their first playoff appearance since 2003.

Earlier Thursday, at noon, tickets will go on sale for the first two home games of the 2009 NBA Playoffs at the Rose Garden. Less than 1,000 tickets are expected to be available for each game. Tickets will be sold exclusively at the Rose Quarter box office, with a maximum of four total tickets available to each customer.

The 2009 NBA Playoffs begin on April 18 and 19. The Trail Blazers first-round opponent and game dates and times will be determined no later than April 15, after the conclusion on the NBA's regular season schedule.

Turn the sound on for this one.

Was that a normal win?

"Yeah, just a normal win without a doubt."

What'd you think of the performance?

"I thought our guys played well. I thought we played a good game tonight. It was a battle. We did a great job taking care of the ball. We are starting to understand the importance of dominating the paint on both ends of the floor. How important it is to protect the paint on defense, they dominated early in that first half and they had 8 or 9 offensive boards. In the second half, we controlled the paint. Offensively we had 10 free throws in the first half and 27 in the second half. We started to attack that basket and stop settling. I thought we played a great game tonight."

What kind of message does this send?

"We still are trying to establish ourselves. We had opportunities against San Antonio, a very good team. And the Lakers coming in here tonight. For us this year, it's about that.  Sending a message not only to ourselves and to the league and everybody else that we are an up and coming team and we need to beat teams like this and continue to show growth throughout this season and we'll see what happens once we get to the playoffs."

How did you do defending Kobe?

"I thought it was good. I thought it was good. For the most part we stayed in front of him. Our bigs were up on the screens. A few times he got to the basket and our paint wasn't tight in the first half but we did a better job in the second half of just staying in front of him and walling him and our weakside was a little tighter and more connected and made him make some jumpshots which he's capable of doing. We didn't give him any clear looks, I think, for the most part."

Thoughts on the rest of the season?

These next games are big?

"I've been hearing that for a month now. Big game, big game. Again, they all are."

Still just one game at a time?

Were you the more aggressive team?

"I thought early we weren't.  I thought early in that game they were aggressive and they were attacking the boards, our paint was open. They were just dominating the boards and we knew they are the best rebounding team in the league and we didn't do a good job of boxing them out and protecting the paint.  I thought Greg and Joel and our bigs did a nice job of rebounding. We gotta get our forwards in the paint rebounding. Our centers are the guys who are rebounding but we need our forwards, small forwards and power forwards, with the guards too to help rebound the ball."

How much fun are you having during this playoff run?

"It's great. This is what you work for.  This is what we've been trying to build. This experience for us being in this situation is what it's about. For the future.  We talked about building this team and winning and then eventually one day competing for a title. We're going in the right direction. To be playing meaningful basketball as you mentioned is important because right now we get to see where we are tonight.  Measure what we need to improve this team so it's very important for us."

On the playoffs looming

"We have to go through the season. It's too early right now. Right now we've done a good job with 51 wins, I would say we are doing some good things. Now as we finish the season and get into the playoffs, depending on who we are matched up with, we'll be able to look at ourselves again, because then you're playing against the best, it's postseason play and that's where you measure yourself at."

"It's important because LaMarcus didn't have it going early. Those guys have got to find a way during the course of the game to get their rhythm and not give in to the fact that maybe they have an off night. That was important for LaMarcus to get a rhythm and get something going because that;s going to happen. You're not going to start off hot every night.  Your key guys like that that provide a lot of scoring for you, during the course of that game they've got to find a way to get their rhythm and learn how to do that. Maybe it's getting to the free throw line, driving the ball, not settling, getting something easy, doing something on the defensive end of the floor, and I thought LaMarcus did that."

"Brandon was good.  He was good attacking the basket, as I mentioned we got to the free throw line 37 times. To win and to win big you've got to attack the paint and we did that tonight."

"Blake hit some big shots. I thought he did a great job. He played well, all of our guys did, a good team effort." 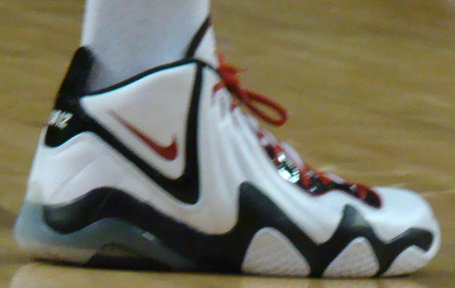 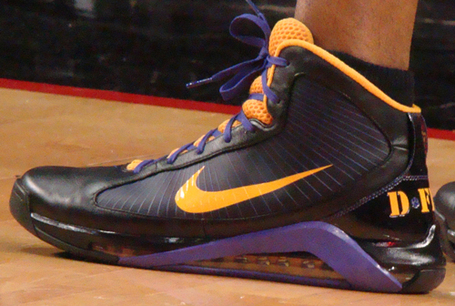