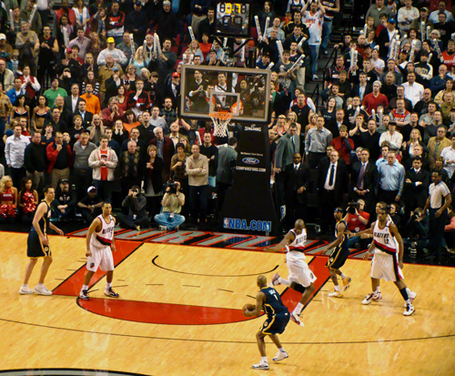 One picture said it all tonight.  The ball is in his hands.  His team is down two.  The clock is nearly expired.  The General Manager that traded him less than a year ago is looking on not 40 feet away.  His friend, Brandon Roy, is looking on from perhaps half that distance.  His former teammate, Travis Outlaw, is flying past him.  It's a clean look.  20,000 people who loudly cheered his pregame introduction wait in silent anticipation.

A chance to be a legend.

That's what this picture shows.

Here's a bigger version to take in.  It's worth the extra seconds it will take to download and you might need to click on it to enlarge it if your browser resizes it down.

A chance to be a legend.  Tonight was Jarrett Jack's chance to enter the "Remember when"  oral history that Blazers fans share.  But it wasn't meant to be.

Indiana controlled much of tonight's tightly fought contest, a game which featured more intense defense from the Blazers than the Pacers' 105 points on 51.8% shooting would lead you to believe.  Indiana couldn't miss.  At least until the final few minutes, when they went long possession after long possession without a bucket.

That late-game failure to execute set the table for some good ole Brandon Roy magic.  Roy's two free throws broke a 105 to 105 tie with under 2 seconds left, making up for an inexcusable foul from Nic Batum on a Marquis Daniels corner 3 attempt and a shocking open court turnover from Steve Blake that led to a Daniels layup.

The Pacers then took a timeout and that set the table for Jack.

His first game back in the Rose City.

But Jack simply couldn't deliver.  His desperation 3 at the buzzer to win the game sailed wide right.  The game ended with Roy's free throws the final difference: a 107 to 105 victory for the Blazers.

In an overwhelming show of community support, fans attending and watching tonight's Portland Trail Blazers game against the Indiana Pacers raised $21,346.58 to assist the family of Portland-area teen Nathan Vredevelt.

Vredevelt, 16, was injured as he attempted to cross I-5 near the Rose Quarter Sunday evening and remains hospitalized in critical condition. The family is without medical insurance.

Trail Blazers staff, alumni and volunteers representing the Vredevelt family's friends and church communitysolicited the donations at ingress and egress of tonight's game at the Rose Garden, and also staffed a table on the 100-level concourse throughout the evening. Fans donated what they could, in amounts ranging from $1 to $2,000.

The Trail Blazers pledged on Tuesday to match donations made by fans at tonight's game, up to $10,000. Southlake Church, a church attended by the Vredevelt family, today responded in kind. The matching $10,000 donations will result in a total donation of more than $41,000 to help the Vredevelt family with medical bills.

Joe Freeman typed them up again.  So here's your link.  Nate had an emotional statement about Nathan Vredevelt, a young man who was hit on Interstate 5.  That's a must read.  Also Nate had a funny response to a question about why he goes to Brandon Roy (and seemingly only Brandon Roy) down the stretch. 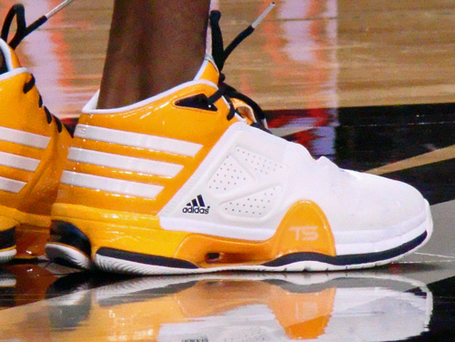 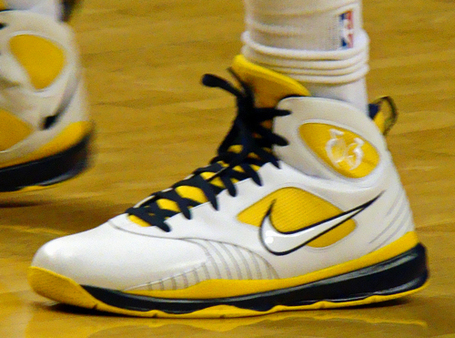 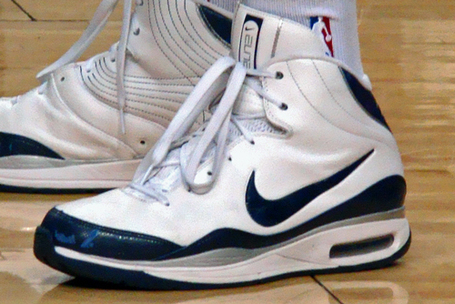