That wasn't your ordinary buzzer-beating win. Why? Because the Blazers seemed so fatigued afterwards that they weren't really enjoying it.  I'm not sure what happened during the last week, but the confident, smiling team that left Portland after a victory over Utah came back a beaten-down, subdued, exhausted squad.  Oh, yeah, relieved too.  Relieved to have pulled out a 109-108 home win over the New York Knicks, after giving up a 20-1 run and nearly blowing a first half double-digit lead.

After the game, LaMarcus (16 and 7) fiddled with his ice packs, a scowl on his face.  Greg (17, 12 and 6 blocks, a new career-high) tried in vain to evade the questions and reporters.  Even Brandon Roy (19, 4 and 8), the man of the hour thanks to an around-and-in layup that gave the Blazers the win at the buzzer, dressed slowly and spoke with an unusual flatness in his voice as he described the final play.  Only when a reporter brought up his friendship and rivalry with fellow Washington Husky Nate Robinson did a smile cross Brandon's face, and even then he wasn't sure whether Robinson was on the floor during the deciding play.  When told that Robinson was actually on the sideline, back towards the court because he couldn't bear to watch the final 4 seconds with his team clinging to a one point lead, Roy smiled and acknowledged that he might give Robinson some grief about tonight's result over the summer.

The one person who actually was excited?  Perhaps too excited?  Nate McMillan.  It was one of the few times all year that I incorrectly predicted his mood prior to his post-game press conference (as many of you have noted, loudly and repeatedly, Nate's a fairly predictable guy).  I figured Nate would be content with the win but unhappy with the team letting a surefire win turn into a near-defeat.  Instead, Nate was almost overjoyed, declaring, "That's great. We'll take it.  It was great. Absolutely great. Because we had to come back." Alright then.  Likewise, Assistant Coach Monty Williams could be seen headlocking Brandon Roy as they left the court, a huge smile on his face.

The two scenes together were enough to make one wonder.  Was the coaching staff finally starting to feel some heat?  Do they have doubts about whether this team, as constructed, can make the playoffs?  Is the weight of potential trades starting to add up?  Or are they, like some of the players, simply counting down the days until the All Star break?

The answers to those questions weren't revealed at the Garden tonight.  But another chapter in Brandon Roy's career was.  And that was enough to send his coach and the fans home happy, even if the man and his teammates weren't exactly celebrating.

Nate on whether he was surprised the Knicks didn't foul Brandon on the last play with a foul to give:  "I think they were trying to foul.  We knew they had a foul to give. We told Brandon that.  Just some of the things the guys did on that particular play is what we've got to learn. What they did was, they pre-switched Duhon, they wanted Duhon on Brandon, kind of looked at the play, like veteran teams do, they picked up where the play was going, so they pre-switched but LaMarcus took Duhon out and cut away, allowing Brandon to come around to the ball. Those are things that this young team with experience will learn to do.  It was a big play because if they pre-switch that they probably take Brandon out, deny him the ball, who knows whose hands the ball will fall into. I think Jeffries was just a little surprised. I'm sure in the huddle they had Duhon on Brandon and everybody had their matchup. Jeffries was caught on Brandon, he was probably a little confused about what to do.  I think they were trying to foul but Brandon attacked. We told him to attack right away and he was able to get to the rim."

Nate on the nature of the result: "That's great. We'll take it.  It was great. Absolutely great. Because we had to come back.  We had control of the game, we didn't panic, we stuck with our gameplan as far as trying to stay tight and keep them out of the paint. They were knocking down a ton of threes.  Then, offensively, going inside, establishing our inside game. Greg had a nice game tonight. LaMarcus had a nice game. Brandon.  The three of them did nice together. Then Travis came up and had a big game off the bench. We needed two buckets down the stretch, we needed to execute both and we did. Travis was wide open on our out-of-bounds play.  Then the last play of the game to get the win."

Nate on giving up a 20-1 run: "That happens.  That happens. You want to put a team away in situations like that but it happens.  We had to come back and win the game and we did. You don't want to give up leads like that.  The way they play, they can get hot, which they did. They were able to get themselves back in the game and take control.  We didn't drop our heads. We kept fighting. We had to make plays, we made plays, we got rebound, we got stops and we scored."

Nate on LaMarcus's defense on Al Harrington: "I thought he challenged the shot late, he went after it.  I thought it was good. Harrington has been hot for them lately. We were facing a team very similar to ourselves, where they hadn't played good basketball.  They had some teams put up big numbers against them, they came in here very hungry to get a win.  Our guys competed. I thought we were connected tonight, more so than we have been in the last 3 games.  Offensively, defensively we were connected on both ends of the floor."

Nate on whether this stops the bleeding: "Yeah, for right now it does.  Of course it does Jason Quick."

Nate on the final play and where it was designed to go: "We had several options on that.  Brandon was definitely the first option.  Then you've got Travis. You've got LaMarcus and Greg.  They take away one thing, then this is where we want to go. With four seconds on the clock, whoever got the ball we wanted them to attack the rim. We felt like we could get to the rim. I thought our guys did a nice job of not only posting up but driving the ball. We had 54 points in the paint.  We were able to do that."

Nate on Sergio's night: "I thought he did a nice job, he was knocking down some shots.  Sergio, I thought had a real good floor game." 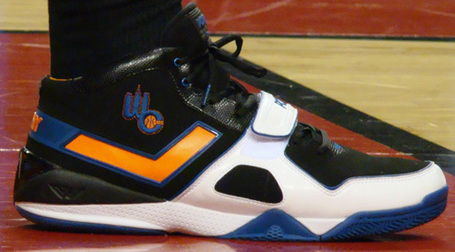 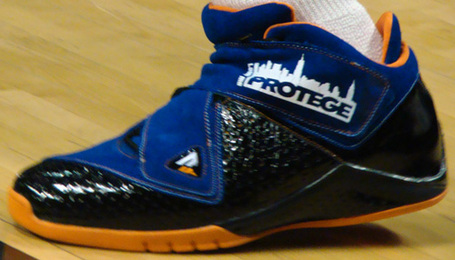 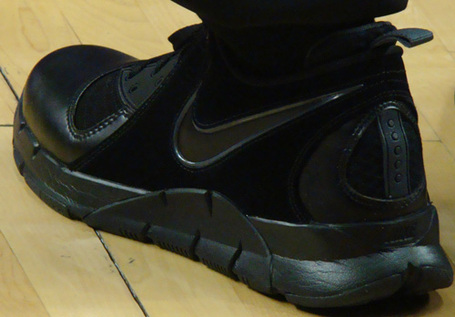