Tonight's 108-98 home win over the Hawks was a kick-the-feet-up on the coffee table, interlace your fingers behind your head and nod in silent apprecation kind of victory for the Blazers. The offense was shampoo: clean, flowing, crisp.  The Hawks couldn't keep up and were shake, shaken off somewhere during the 3rd quarter.  It was never close after that.

It felt like a veteran team was taking care of business at home.  That feels great.

The Hawks are a fun barometer because, like the Blazers, they are a young team led by an all-star wing enjoying a similar level of success.  So comparing tonight's game to last year's last-second home win over the Hawks is almost unavoidable.  That game, of course, was a Brandon Roy miracle that caused fans to make out in the stands because they were so blown away by his singular, fleeting magic.  Tonight's game, in contrast, was an all-around butt-kicking that featured a great performance from Brandon but also solid performances from his teammates: Aldridge (24 and 11), Rudy (19 and 4 assists) and Blake (14, 5 assists and only 1 turnover).

I saw two things tonight.  First, the Blazers are a significantly deeper team than the Hawks and were able to execute on both ends of the floor to fully express that depth advantage.  That was a great sign going down the stretch given Oden's absence and the latest news about Martell.  The entire team can and will build confidence from collective efforts like tonight.

Second, and perhaps more interesting, we learned that Brandon has taken a leap in the past year to the point that I feel comfortable saying that he is a significantly better, more complete player than Joe Johnson.

Johnson is a pleasure to watch, one of my personal favorite players in the league. Nate said that he was "all over the place" and his stat line (21, 8 and 7) certainly bears out his big time influence on tonight's game. Johnson possesses one clear advantage over Roy: his comfort with his back to the basket.  His twin abilities to score and pass from the post make life significantly easier for his teammates and pose problems for any opponent, especially the Blazers who have struggled with perimeter defense.

But tonight Brandon rendered that advantage meaningless by displaying his deeper, refined arsenal of face-the-basket moves: stop-and-gos, head fakes, pull back dribbles, pull up jumpers, cross court passes, finishes at the rim, the whole enchilada. It was another complete performance (27, 7 and 5) and it looked very easy, very polished, very efficient.

Last year it was shocking and revelatory to see Brandon prevent Johnson from doing what he wanted to do at the end of the game.  It was proof that Brandon belonged in the discussion with the elite wing players.

This year, if there was a shock it was the consistent ease with which Brandon did whatever he wanted to do, regardless of who was guarding him (too quick for Josh Smith, too tricky for Marvin Williams).  Tonight, the revelation was that Brandon was clearly the best player on the floor from start to finish.  He played like he knew it.  His teammates, showing off confidence as they fit in around him.  The Hawks played like they knew it too, exhibiting dismay as they just couldn't stop the onslaught.

Nate on the result: "You think we played sharp tonight?  I agree. I thought it was a good game. I thought we played a solid game. Real good job of taking care of the ball. We had a turnover in the last few seconds of the game, but 8 turnovers [total] and we continue to pass the ball.  Teams will take away certain things and we have our spacing and we move the ball, which we've been doing, we can knock down some shots and score some points.  I like our ball movement, I like the tempo we're playing at tonight,  we get 92 attempts at the basket and we beat a good team.  I think that's a very good team out there, they force you to make some adjustments as far as how you play them.  A little different than most teams because Bibby can score, they come off the bench with Flip, Joe Johnson is all over the place and they're fast.  I thought our guys did a nice job of adjusting tonight."

Nate on the quality play against a good team: "It's good to get any win regardless of the team. This was a good team, it wasn't off a back-to-back, they were coming in here, our records are very close, our style of play very similar, it was a challenge for us.  I thought our guys did a nice job for 48 minutes."

Nate on whether passing the deadline helped the players relax: "Who knows?  I hope it's just the focus on the game in front of us.  I thought both groups, the first group as well as the second group, came out and played very solid with a lot of energy.  Aggressive play.  Pretty sharp."

Nate on whether there was a concerted effort to push the tempo: "Yeah, well we've been trying to play that way, especially without Greg. LaMarcus will get his touches we want to take advantage of him running the floor and getting deep post position. Without Greg in that lineup, we go to trying to establish the lowpost and also our pick and roll sets a lot more with Joel screening and LaMarcus being able to screen, Frye coming in off the bench. We want to take advantage of being able to spread the floor with those shooteres that we can put on the floor. Yes, the tempo we certainly wanted to pick it up."

Nate on going with a smaller lineup at times: "Joel was doing a good job. When he was on the floor we were playing well. So we tried to get him out the first half with about 5 minutes to go with only 2 fouls and then he picked up his fourth foul I think in the 3rd quarter or early fourth so we tried to buy some more time and that lineup was working for us so we just stayed with it."

Nate on why the smaller lineup was effective: "It worked.  Travis could match up with Smith if we wanted to go to that lineup with LaMarcus at the five.  Again, we can spread the floor, run our pick and roll sets and make them have to adjust to us. Defensively, it was just a matter of LaMarcus guarding the paint and inbounding the ball."

Nate on the Rose Garden crowd: "I just think it's important that we continue to play at home.  I think our crowd is certainly an advantage for us. When the crowd gets into the game our guys have responded to that and we know how tough the road is.  We gotta make it a special place by what we do on the floor.  The crowd has definitely helped us throughout the season when the game has been close or we have been down in the second half or the fourth quarter, getting that momentum when the crowd gets into the game, and then being able to ride that energy the rest of the game.  I think that has helped us."

Nate on the perimeter defense: "I thought we did a good job. They are a tough team to guard because they spread the floor, they've got 3 point shooters, Bibby, Evans and Ronald Murray, he's scoring, they put Joe in the post, that's like putting a point guard in the post, he can quarterback from that position, that's a tough guard for us to make a decision whether to double team or play him straight up.  I thought we were pretty good."

Nate on continuing to improve: "We continue to do what we've been doing. We show film. We cover it during practice. I think every team in the league would say they want to improve their defense, improve their offense.  It's a continuing thing that you have to do.  What's tough about it is that you play different teams.  In the NBA people can score."

Nate on attacking the basket more in the second half: "One thing that I was looking at that we didn't have that I would have liked to have seen was getting to the free throw line. I thought we were shooting a lot of jumpshots and not attacking them. We only had 5 free throws in the first half and 3 of them came in the last second of the quarter.  We had 2 free throws going into the last seconds, I would have liked to see us get to the free throw line more." 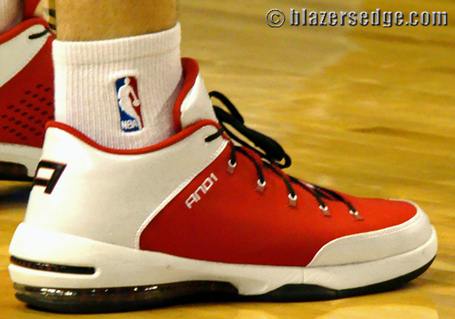 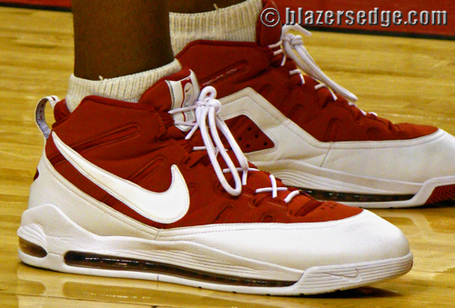 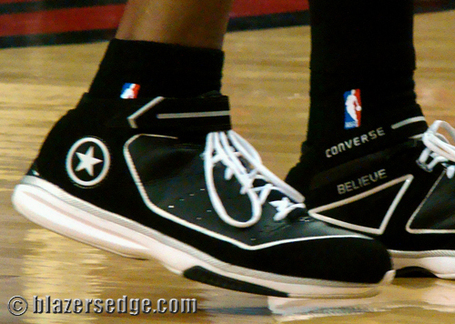 One of the Hawks subs. 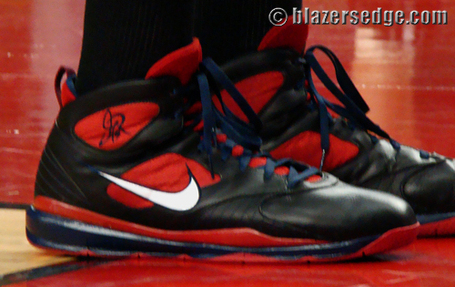 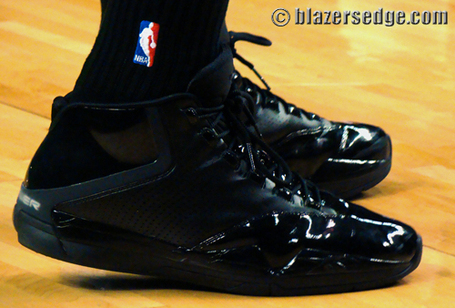