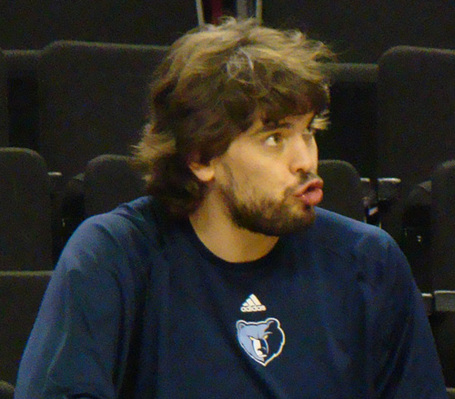 Use this thread to count down the final hours to the deadline.

UPDATE: With roughly three hours to go, Blogfather and Chad Ford are both reporting Blazers are done.

Henry Abbott, TrueHoop: A plugged in source just told me that the Blazers are done, and will not be making any moves before the deadline.

Of course, a great offer at the last minute could change that, but that's considered unlikely.

What's this about? All that talk and no big move?

Part of this, I think, is that they have been driving a hard bargain. Another part of is that they are in a position to use Raef LaFrentz's cap room this summer, plus their new trade exception, when the market will be depressed thanks to the economy. Portland will likely be able to make either a lopsided trade or a free-agent signing.

Chad Ford: A Blazers source says the Blazers are now leaning strongly toward not making a major trade before the deadline. They have been in talks with the Nets, Bucks and Bobcats for days, but as of 11:30 a.m. they say nothing is hot.

Says one Blazers source, "I don't see a deal. We like our players long term. We don't want to mess with our chemistry."

UPDATE 2:  With roughly 2 hours to go, Dwight Jaynes just tweeted (@dwightjaynes) that he thinks the statements coming from Henry, Chad and John Canzano could simply be a "negotiating posture" in the run-up to a deal.  Makes sense, and it's curious that all 3 writers reported very similar information (Raef staying and the team pursuing options in the offseason) in short order.  Either KP or TP took a break to return some messages or they were looking to actively put the word out.

Dwight is also hearing the following about Vince Carter...

The Nets really are willing to practically give him away. That's how anxious New Jersey is to get out from under his contract. What I've heard from two sources this morning is that Portland is in a staredown with the Nets - the Blazers will take Carter but want New Jersey to throw in an upcoming first-round pick that originally belonged to Golden State.

UPDATE 3: This deal happened. Not sure if you care. But Candace Parker and the biggest Kardashian sister care so I'm passing it along.

The Timberwolves and Kings have agreed in principle to a deal that will send Shelden Williams and Bobby Brown to the Timberwolves, two sources told ESPN.com's Chad Ford.

In exchange, the Kings will receive Rashad McCants and Calvin Booth, the sources told Ford.

UPDATE 4:  As you've been hearing Larry Hughes goes to the Knicks in exchange for Jerome James and Tim Thomas.  If the players in this trade were TV shows they would be on TV Land at 2:00 a.m.