Call it a total dereliction of duty but it was completely impossible to pay attention to the game tonight thanks to all the trade talk that was going on inside my head.  So I'm not even going to fake a  normal game writeup.  The final score was: Blazers 94, Grizzlies 90.

Check out Rose Garden Speculation if you haven't already.

Special note: the team practices tomorrow at 10:30AM with media availability around noon.  The trade deadline, as you probably know, is Noon PST. Follow @blazersedge on Twitter.  If any news goes down during the media availability I will tweet about it in real time.

Now, on with the fun.

For the most part, Blazers management was cheering and watching the game action tonight, but (with the help of a 15x optical zoom) I did catch Kevin Pritchard and Tom Penn in the act of trading for future Hall of Famers. 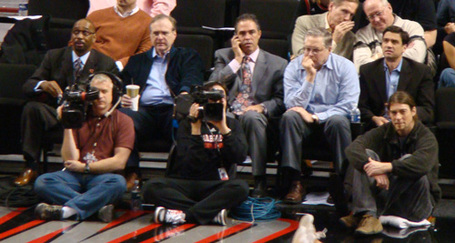 "This is Kevin's phone. Kevin speaking." 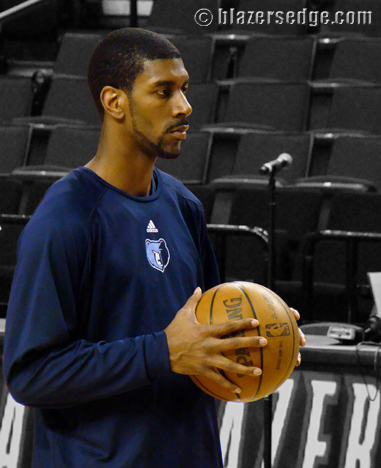 Nate on the first game back after the break: "That's a tough game.  It's always a tough game when you have a number of days off and then you come back and you play.  I almost feel that the team that played the night before has somewhat of an advantage. They get an opportunity to blow it out, get their wind, and be ready for that next game. Our guys, I thought we had a lot of energy in the first half and was running and doing all of those things, and then in the second half, that second wind never came for us.  Defensively we were able to hold enough to eventually put it away."

Nate on the team's current focus: "The focus we have now is no different than it was in the beginning of the year. We try to win every game. It's no different. It's one game at a time. it's the same approach.  Our gameplan was the same.  Memphis coming in, we knew they were playing better basketball and they had a good game for three quarters last night, and they came and they scrapped tonight.  We were able to make enough plays down the stretch to pull this out."

Nate on Batum's game: "Nicolas did a nice job.  We matched him up with Mayo and Mayo is tough.  I thought he did a good job of just being big and making him work and forcing him to shoot over the top.  When he scores it just adds to what we can do."

Nate on whether tomorrow is a big day: "Yeah, Jason. I talk to our guys about that before the game. I talked to them about Ike. The reason for Ike's move. I understand what they are going through and what they are thinking.  Where some guys' minds are at before the deadline, the night before.  I've been there as a player and as a coach.  It's no way that you can put that behind you until that time passes.  What I told them was for me and for them some things you can't control in life.  What I try and do in life is give my best everyday and with everything, whatever I do.  I live with whatever happens.  Pretty much that's our approach and that should be their approach and that should be their approach tonight.  If we give our best tonight and everyday if something happens, as I mentioned, I give my best for this team, if they decide to go a different way one day, you live with it.  That's the same thing with this trade deadline. With our guys, that was the message.  Sometimes things are out of your control and the only thing you control is what you do.  I thought tonight they gave it to us."

Nate on whether the team should make a move: "Well that's hard to say. I think Kevin is listening to other GMs and what they are saying.  It just has to make sense for us.  A lot of people want our young guys.  If that doesn't make sense then we hold tight.  We're not just going to make a move for the sake of making moves.  It has to make the team better."

Nate on Brandon down the stretch: "I thought a few plays he didn't get a call.  There definitely was some contact there.  I kind of got frustrated with it.  But I thought a big play was Travis's 3 in the corner. We needed a bucket and he was able to put one down for us."

Nate on Tyson Chandler failing his physical: "He did?  Wow.  I've heard of that happening before.  Where a guy goes back to a team.  It happens.  That's part of trades.  That's why you don't do certain things until physicals are passed.  I recall a situation with the Clippers sending Mobley and they end up passing him anyway but that can happen.  This is the first I've heard about it."

Nate on choosing Sergio over Bayless: "Because he goes from starting to the backup. He was the backup.  He's our backup.  Bayless filled in for Sergio.  Sergio filled in for Blake.  He's the guy who a little bit more feel for what we want to do.  Bayless has done some good things and we know what we get out of Bayless. I think that opportunity will come again." 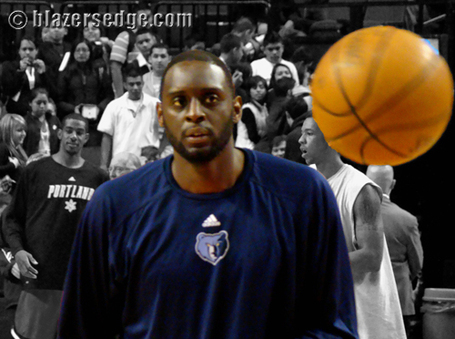 Just Darius and basketball. The rest was noise. 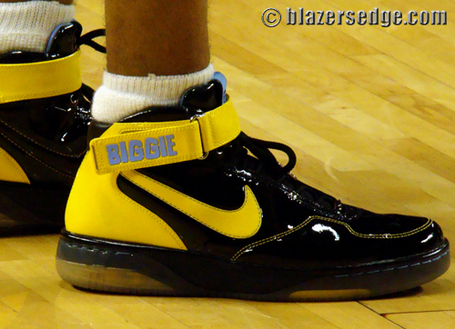 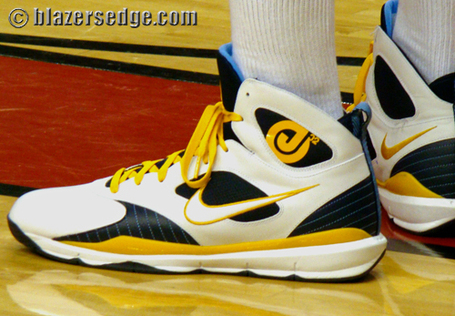