Share All sharing options for: David Aldridge: Salmons to Chicago; Ruffin to Blazers

The Kings agreed on Wednesday to a trade that sends forward John Salmons and center Brad Miller to the Chicago Bulls in exchange for forwards Drew Gooden and Andres Nocioni, according to league sources that spoke with David Aldridge.

Sam Amick recently had an update that mentioned Ike Diogu as well.

UPDATE: ESPN's Chris Sheridan has a separate deal: Michael Ruffin from the Bulls to the Blazers for Ike Diogu. 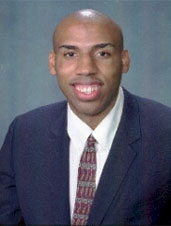 Sweet Jesus. Lock up your daughters and sisters.

UPDATE: Ike Diogu is a King. Here's the latest from Sam Amick.

According to numerous league sources, a trade sending Kings players Brad Miller and John Salmons to Chicago in exchange for Andres Nocioni, Drew Gooden, Michael Ruffin and Cedric Simmons has been agreed upon and is pending league approval.

In a separate deal with Portland, Ike Diogu comes to the Kings for Ruffin. The Kings are also expected to receive approximately $1 million in the trade with Portland.

Please: a moment of silence for Ike Diogu's Blazer career.

Stay tuned. More as this develops.