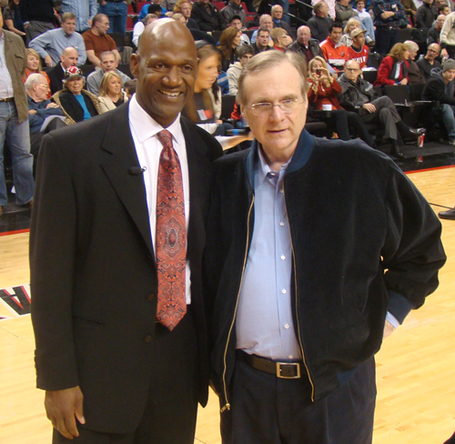 According to Paul Coro and Yahoo!, The Notorious K.E.R. has officially left TP30 out to dry.

Phoenix Suns officials were meeting with Alvin Gentry on Sunday afternoon to finalize a agreement for him to replace Terry Porter as head coach, an NBA source with knowledge of the talks said.

Gentry, the Suns' lead assistant who has previously been a head coach with the Los Angeles Clippers, Detroit Pistons and Miami Heat, will take over for at least the remainder of the season.

The Suns expect to formally announce the coaching change Monday.

Phoenix Stan, who was all over Porter's demise for weeks (months?) also tossed this out...

Also hearing Monday or sooner an Amare to Bulls trade will be announced possibly involving Dudley and Amundson with Drew Gooden and Tyrus Thomas coming back along with another player.

If I was Phoenix (and Chicago... and Portland), I'd be looking to do this simple 3 way trade with picks thrown around instead.  Assuming Portland doesn't have a better offer on the table for RLEC, of course.