Share All sharing options for: Shoals on Comcast, Aldridge 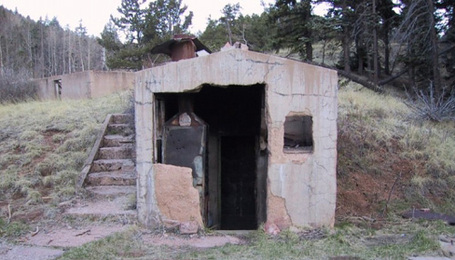 After his Powells reading, I kidnapped Shoals and am holding him hostage in an undisclosed location, with channel 37 blaring at top volume on eternal repeat.  Between that and the Henry's meetup, he has heard the name Amar'e Stoudemire roughly 358,000 times in the past 48 hours.  For some reason, he finds this amusing.

Allowed some time for reflection this morning, Shoals put together the following outsider's look at the Aldridge side of the imaginary trade talk.

But among more than a few fans, and less adequate media figures (Comcast, I love your programming here!), there's a sense -- hard, fast, and sacrosanct -- that losing Aldridge would destroy everything this team and city stand for, and that Amare could barely hold LaMarcus's headphones. I even heard one reporter say on the excellent "Talkin' Ball" program that "you don't trade the number two pick for Amare Stoudemire," as if Aldridge's draft status, and its relative value to recent team history, were somehow more precious than gold.

Look, I get liking the mild-mannered guy who is maturing as one of the Blazers' own. And I know this team's personality is mad low-key. But Portland, I implore thee: Fire up the YouTube and watch Amare from last season. He was unstoppable offensively, efficient as heck, and able to do all that Aldridge does but scarier, faster, and more decisively. And while he's a terrible on-ball and team defender, he can come up with huge, momentum-altering blocks and rebounds when he remembers to.

It's one thing to question a player's character, or wonder how he'd affect a team's very distinct locker room vibe. However, when you start reading and hearing widespread insinuations that a somewhat disappointing, less-than-assertive 17/7 guy is better at basketball than a force of nature who, in slightly better circumstances, could put up 25/8 every night while finally making other teams fear one of the West's better young squads, that's the definition of homer blinders.

For further reading: Sean put together a nice roundup of various takes on Amar'e.

No, I won't be linking to the CBS Sports rumor.  It is more inconceivable than the one on DallasBasketball.