Last night was proof positive that although games can be lost during warmups (like the Wizards) they can't be won during warmups.  The Jazz's decades of success is no accident and all the little details of their basketball team are impressive: their pregame routine, which was underway more than two hours before the game, was as focused and high-intensity from start-to-finish as I've seen.

In contrast to Nick Young's trouble focusing to hit one of seven jumpers during warmups.  The Jazz reserves collectively hit 10 straight baseline jumpers from 15 to 18 feet.  And this wasn't just the Jazz guards -- Kyrylo Fesenko, Fesenko Kosta Koufus, and Jarron Collins were in the group.  It was machine-like efficiency, muscle memorization drilled into their bodies.  Basically, it was every high school coach's wet dream.

But all the efficiency, the good-naturedness (the guys freely and loudly cheered for and laughed at their teammates, using nicknames "Mo," "Fes," "J.C." etc.) and the intensity (during a game of 2 on 2, Fesenko was playing like it was Game 7 of the NBA Finals, including hard fouling his own teammates under the basket and then complaining to assistant Tyrone Corbin about the call), didn't much matter once the game started.

The Blazers came out to their hottest start against a good team all year, burying just about every three they tossed up and containing everyone outside of Deron Williams (who ended up with a season-high 35 points).  Sergio was a major spark during the early breakout and, although mostly overlooked during Nate's postgame speech, I thought he was in line for the game ball tonight.  He made D Will work on defense, got into the lane, shot pretty confidently, and took care of the ball.

So what happens when your point guard brings his A-game against a team with tired legs coming off a long flight and a back-to-back?  Everybody gets hot.  Batum, Brandon, Przybilla, Outlaw, Rudy... the list goes on and on.  (Let's pretend that game didn't happen for Oden).  At final count all twelve Blazers scored -- it's a shame some fans had already left by the time Shav poured in his flying layup and Frye hit a long jumper.

Nate on the result: "I thought we were as efficient as we can be tonight. I like the energy, we talked about defensively getting up and pressuring them. I thought we disrupted them. They went to basically their 4th quarter offense which is Deron running the mid pick and roll and he was hot.  The game plan tonight was to keep them out of the paint and not give them layups, second opportunity points.  Keep the pressure on them offensively."

Nate on the points in the paint: "I would say that Bayless has been driving.  We've always emphasized attacking the basket.  Whether it's through post ups, penetration, attacking the basket and not settling perimeter shots. Brandon has done a good job this year of adding to his game, getting to the free throw line, getting into the paint. Greg and LaMarcus the last few games, establishing deep post position.  But a lot of it is due to our guards, Brandon, and Bayless, and Travis, those guys, getting into that penalty early.  Once we get into the penalty they try to give you space and we continue to attack, getting into the paint."

Nate on the importance of penetration: "Well hopefully we are getting that.  Get to the basket. Get deep post position. Attack the basket and that will open up the perimeter. You should have more space to shoot the ball. I think our passing, we need to improve moving the ball, reversing the ball from strong to weak and attacking from the weakside.  A little bit better ball movement tonight and our guys going to the basket."

Nate on the message leading into tonight: "Tonight, beating a team like Utah, we talked about beating this type of team, a division game, and we're going to have to learn how to play this type of game, as far as being physical, keeping our heads, playing against that physical style of play, because those are the type of teams we are going to be facing in the months of February, March and April. Tonight we did a good job playing a physical game, executing against their physical play, and keeping our heads and playing through it."

Nate on the winning streak: "I talked to them this morning about getting hot.  I think we're warm.  [much laughter] I told them we were warm. We won three in a row, this would be a good game to get, we are warmer now, if we can get five, we haven't had a five game winning stretch since November or something so if we get five I would say we are hot, but we got these games at home, which was important and a goal of ours.  Now we're going up against two Western Conference teams again, Dallas and New Orleans, and we want to get to .500 on the road. Getting to .500 on the road is something that we want to do. Take it one game at a time."

Nate on preparing for Utah: "We talked about it.  After we won our last game the focus was on the next game, which was Utah.  Ok, what has happened this season against this team? Where are we in the standings? We talked about all of that.  It was a reminder tonight in the locker room that they had beaten us this year.  Preseason and regular season.  We've had success against this team but we haven't played the way we needed to play, like last year when we had some success.  I thought tonight we got back to playing the type of basketball we need to play to beat them."

Nate on Joel's hustle: "We've got to have that. We've got to have that from our guys.  Greg has been playing well and doing some good things but what I've been talking about is our guys not sitting on the sidelines and assuming that this guy is playing well so it's my night off.  Bring it! Bring it.  Keep the pressure.  When guys come in there, we need everyone to play well, scrap, hustle, and Joel did that tonight.  Greg was in foul trouble. He was right there to cover for him. We're going to need that."

Nate on whether he agrees with the perception that the team is a jump shooting team: "Well, people have said we are shooting a lot of threes, and I think you take the shot that is there.  We have guys that can shoot the 3 point ball.  Our emphasis now is going inside, attacking the basket, if you're attacking the basket and they are collapsing in the paint and taking away the paint, or they are double-teaming the post and forcing you to shoot the ball on the perimeter, you've got to shoot that shot. We've got guys that can shoot that shot."

Nate on coaching the team out of settling: "The thing we want to do is attack the basket.  We don't want to settle, so even on double teams and traps, there are opportunities for you to drive. Our guys are starting to see that a lot more.  Not settling for the 3 point ball. If you've got it, take it. But there are opportunities where you can drive, that teams are going to force you to shoot that ball, like Utah.  Back in our game in Utah, we settled for the 3 point ball and we were missing and there were opportunities for us to drive.  I thought we mixed it up pretty well tonight."

Nate on Nicolas's game: "We switched Nicolas on Williams and I thought that helped us. Kind of slowed him down.  He couldn't go into the post and he missed a few shots after that, they were trying to figure out what to do.  I thought that disrupted them. He did a nice job of coming in and guarding Williams, early they double-teamed off both Sergio and Nicolas and they were able to knock down their shots, which were important for our guys." 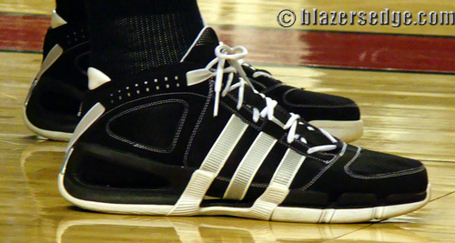 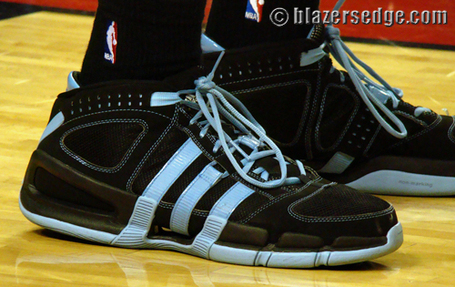 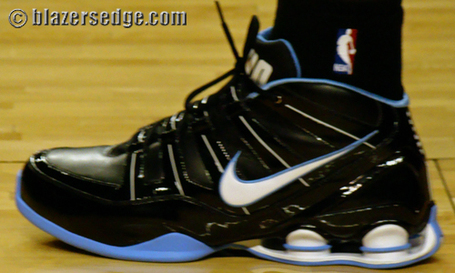 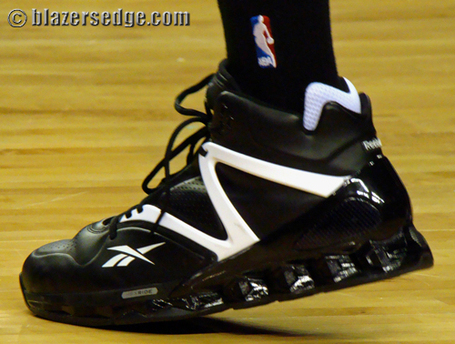