Share All sharing options for: No Television Coverage for Blazers Preseason Games

Update: Before I even had a chance to email over this post,  I preemptively heard from Blazers Director of Corporate Communications Bill Evans via twitter, who had this to say...

Not sure that mocking condescension is how I would have played this situation if the roles were reversed but to each his own. I suppose this is twitter so it goes with the territory. Mr. Evans has always been very kind in the past and he's surely no happier about this situation than anyone else.

More importantly: It sounds like I'm being called in to do some pro-bono television consulting work for one of the largest businesses in the state.  Score! If you've got some ideas for my business plan (Quick! We don't have much time!  The season tips tonight!), please leave them in the comments as well. 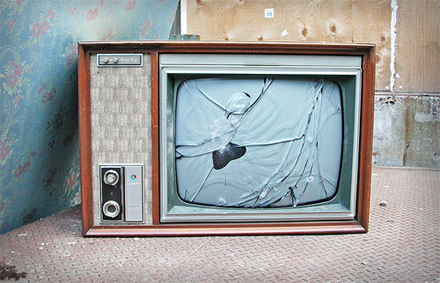 You've sold out the building every night. You've bought the jerseys. You've turned up 16,000 large to an intrasquad scrimmage. You've waited all... freaking... summer. The league gifts you the Sacramento Kings as your team's first preseason opponent, the perfect squad to watch your new, improved team bust out against.

You can't watch it.  Buried as the VERY last sentence in this preview from the Blazers are these horrible words.

There is no television coverage of preseason games.

Remarkable.  Utterly amazing. Even if you dropped your satellite dish or DirecTV and switched to Comcast just for the Blazers. Even if you sprung for NBA League Pass.  There. Is. No. Television. Coverage.  Period.

Of all the things to cut in a down economy: television coverage? Really?

I'm sure the TV people are just as frustrated by this as you are.  You don't think the Mikes are chomping at the bit to call this team's games?

Not to mention the marketing people.  They spend hours coming up with slogans like "uprise," hours creating digital photography online galleries, hours producing content and press releases, hours propping up Bill Schonely into XXXL throwback jerseys, hours naming former Blazers "team ambassadors," only for their organization's first games to take place in a black hole.  It must be a barrel of monkeys marketing a product that a vast majority of your customers won't have access to for the next month.

Leave your thoughts on the matter in the comments.  Keep them clean but be honest. I will forward the collection to the appropriate people, so go to town.