The Brandon Roy-less Blazers got outrebounded, out-executed, out-defended, out-passed and out-shot by a better team, the New Orleans Hornets, en route to a 92 to 77 loss tonight at the Rose Garden.  Other than that, things were great! Thanks for asking!  Watching a performance like tonight's, especially after Tuesday's glistening game, can raise a lot of questions.

Maybe you've got some answers for me?

Nate on the fourth quarter: "Well, I don't think it was just the fourth quarter. I thought it was the game.  We played at their tempo pretty much the whole game. They want to play a ball control, half court type of game and we kind of fell into that rhythm of ball control, half court, playing against their defense. When you're doing that, you've got to make shots. The difference between the two teams is that they made shots. We didn't shoot the ball well. We had 4 fast break points at the half. And we finished the game with that.  We gotta get moving quicker, getting more of a rhythm, if we don't have anything easy then we set up. But I thought they controlled the tempo.

Nate on Joel vs. Chandler altercation: "I thought Tyson deserved to be kicked out of the game. He threw a bow, an elbow, right to Joel's face. That's definitely an ejection."

Nate on whether he expected the team to get fired up after the altercation: "Yeah, it should. After that we had about 3 or 4 possessions where we didn't score. I think we had a six point lead at the time and the thing was to re-focus and we had to be sharp. Go down and execute. Continue to defend. In the situation like that, it's going to fire up both teams. New Orleans loses a key guy and they feel as if maybe he got the short end of it. For us it kind of felt like it should give us momentum and take advantage of that."

Nate on the fourth quarter defense: "They are going to give the ball to Chris Paul. We did an ok job in the first half, we made an adjustment as far as trying to defend him, by going under, he made a 3.  If he's going to be shooting like that it's tough to defend a pick and roll when a player has it going. That's pretty much what they did.  The pick and roll set with Chris Paul and allowed him to take advantage of that. It's hard. You switch, he's making shots, you get confused, he picks you apart. When a guy has a rhythm like that and you put the ball in the hands of a player like Chris Paul it's going to be tough to defend him. He will always take advantage of what the defense gives him. And he did tonight."

Nate on Greg's foul trouble: "It definitely hurt. We wanted to go inside.  We really never established inside with our bigs. Going into LA. Going into Greg with Greg being in foul trouble. LaMarcus really never got in that rhythm. Rudy was able to knock down some shots. The difference in this game and our last game we had a couple of guys knock down some shots and play well. Our last game the team played well. We need everybody to play well."

Nate on whether the guards aren't penetrating in Brandon's absence: "We go inside to Greg. We go inside to LaMarcus. I thought Rudy got to the rim and I thought Bayless got there, he didn't finish a couple of times, you want to attack and get to the basket.  We do win the free throw line, we only shoot 18 throws, but you go inside with penetration through postups and through attacking and we tried to do that."

Nate on David West: "He made shots. I wouldn't say they were open shots. He made some tough shots. He got to the basket. That's a tough matchup. If he has his offensive game going, then you've got to leave the 3 point shooters. We lost Posey and Stojakovic a couple of times and they buried us from the 3.  When you got it going inside and your perimeter game going, it's going to be tough to defend."

Nate on using the Twin Towers (Joel and Greg) again: "We needed to give LaMarcus a breather. It worked last game. We wanted to see it. They had 2 bigs on the floor, we were going to put Joel on West for a few minutes, and we only played it a minute or two."

BE SURE TO CLICK THROUGH FOR PICTURES OF KICKS AND TATS. 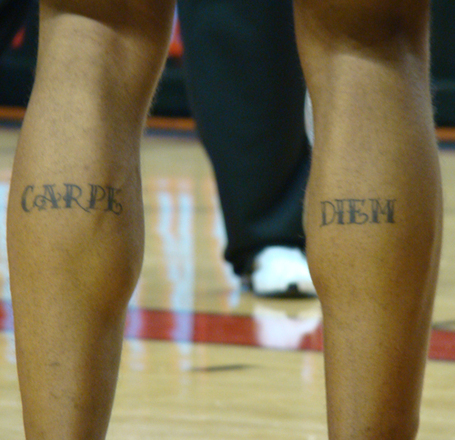 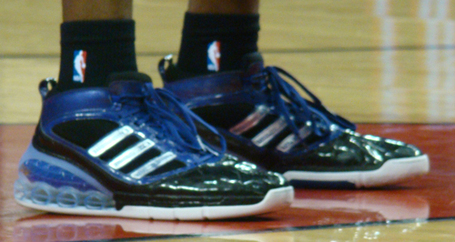 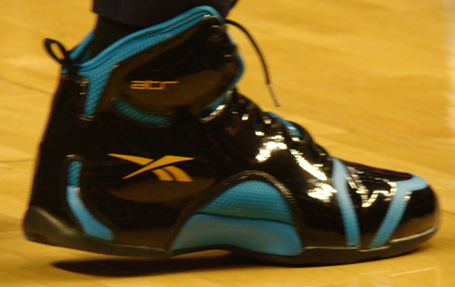 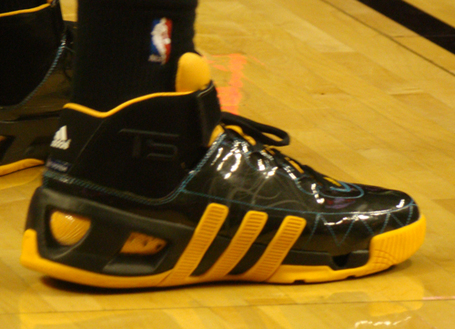 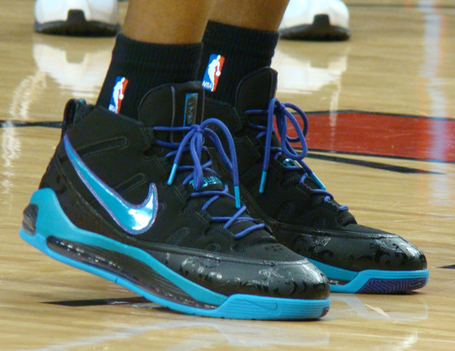