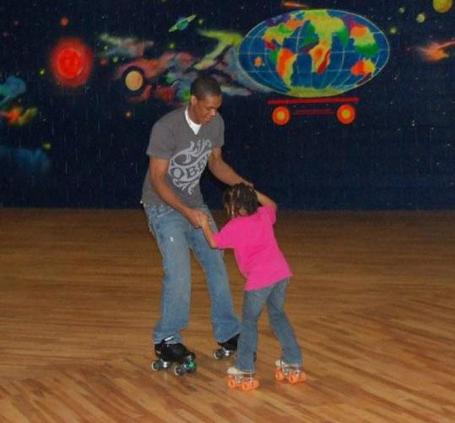 Tonight is the series premiere of Bromance and I only mention that because I'm referencing questionable MTV shows in an attempt to become the next Bill Simmons it seems fitting given that tomorrow Rajon Rondo will be playing in Portland for the only time until the NBA Finals. I love him, you love him, pretty much this entire site sweats the scrawny PG from Kentucky who already has more rings than Charles Barkley.  Remember when Rondo destroyed 2 (maybe 3) future Hall Of Famers in our Poach-A-Celtic poll awhile back?  That's some serious love.

I'd be lying if I pretended that I predicted that Rondo would have made it like he has.  When it comes to Kentucky smalls blowing up, my money was on Ron Mercer thanks to his sweet mid-range jumper coming off those curl screens.  That didn't really happen.

But Rondo, Rondo, wherefore art thou, Rondo? Sure his jumper is still sitting unclaimed in a lost-and-found department somewhere, but his defense, agility and beyond-his-years maturity are the envy of any team currently unhappy with their PG situation.  Today, one beat writer called Rondo "the perfect PG for the Blazers."  Yeah, pretty much.

At practice this afternoon, I asked Nate whether he was feeling Bromantic enough about Rondo to hypothetically vote for him onto the Eastern Conference All Star Team.   Here are Nate's thoughts on Rajon Rondo...

I think he has been a real key to that team. You know, I have to look at the other guards (on the ballot) but I think he's a perfect match for that team.

You're talking about an unselfish guard that has three scorers who defends and delivers the ball and he understands that and is good at it.  I think he's been playing really good basketball... he's a tough kid...

For him last year to win it and be able to grow with those veterans and basically this year expand his game, for you to even ask that question, maybe if he wasn't on that team we wouldn't even be talking about that.

He's looking like an All Star because he's had that opportunity to grow and play with great players.

Joe Freeman then asked whether Nate would have liked to play the point on this Celtics team.  Nate looked like he was jogging back down memory lane for a moment and then said, "I had three guys that could score (too), I had a combination like that. I had X-man (Xavier McDaniel), (Tom) Chambers, and Dale Ellis."

For my money, Rondo is an All Star. If four Pistons could go a few years ago, four Celtics should be able to go this season.  Nate's point about Rondo benefiting from the stars around him is well-taken; Rondo is definitely sporting some of that Horace Grant second-hand stardust.  But the ring doesn't lie.  Rondo is legit.