1991 Skybox Was a Psychedelic Adventure Worth Remembering

Share All sharing options for: 1991 Skybox Was a Psychedelic Adventure Worth Remembering 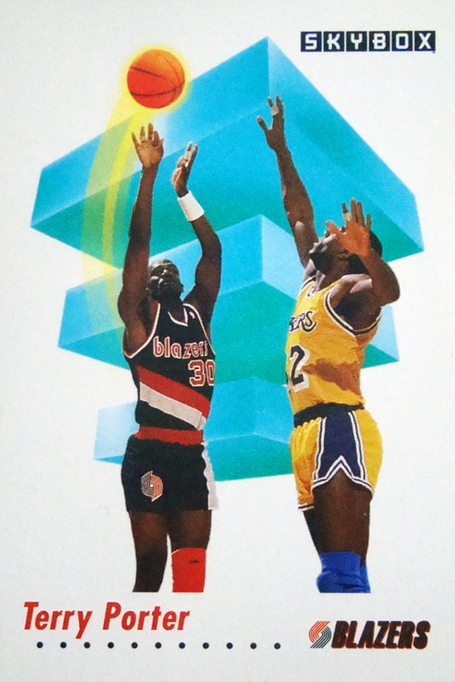 There is no question that 1991-1992 Skybox was the single greatest card design ever put forth by the six kajillion basketball card companies.  Where to even begin describing these cards aesthetically?  In this card, selected in honor of Terry Porter's jersey retirement on Tuesday,  TP30 appears to be shooting a fire-breathing basketball as Magic Johnson hopelessly contests against an Escher-inspired (?) backdrop of turquoise geometry.   That is so far beyond brilliant.

If you didn't guess already, yes I'm snowed in on top of a tall hill. Thus I dragged out the basketball card collection that I look at once every 3 years or so in hopes that all those hours spent collecting from 1989 through 1994 might have finally paid dividends.  Each time I do this, without fail, I am disappointed by the value of the cards and taken to a different dimension thanks to 1991 Skybox.  I'm writing this from Mars right now.

For a solid 5 years, basketball cards were always at the top of my Christmas list.  I have a feeling many of you had similar experiences.  Feel free to wax nostalgic about your collection or your favorite card collecting memories in the comments.

CLICK THROUGH TO SEE PICTURES OF TERRY PORTER AND KEVIN DUCKWORTH CARDS.

Also, feel free to click on the Best Buy logo below per DAVE'S EXPLANATION HERE. 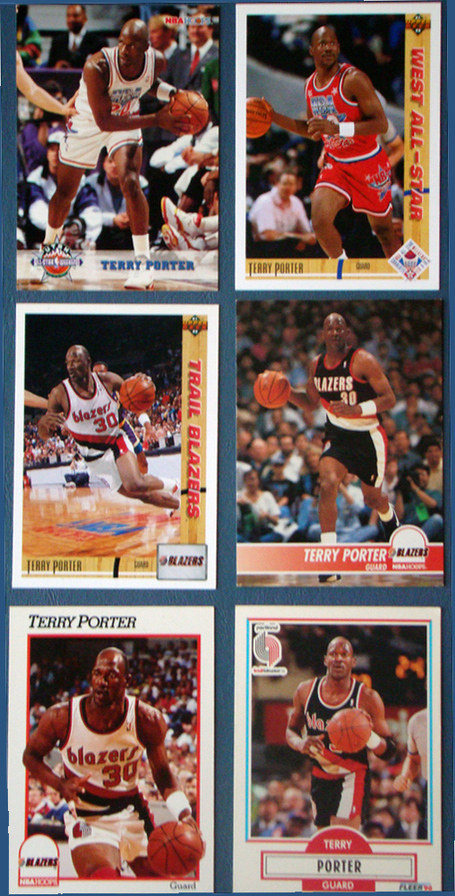 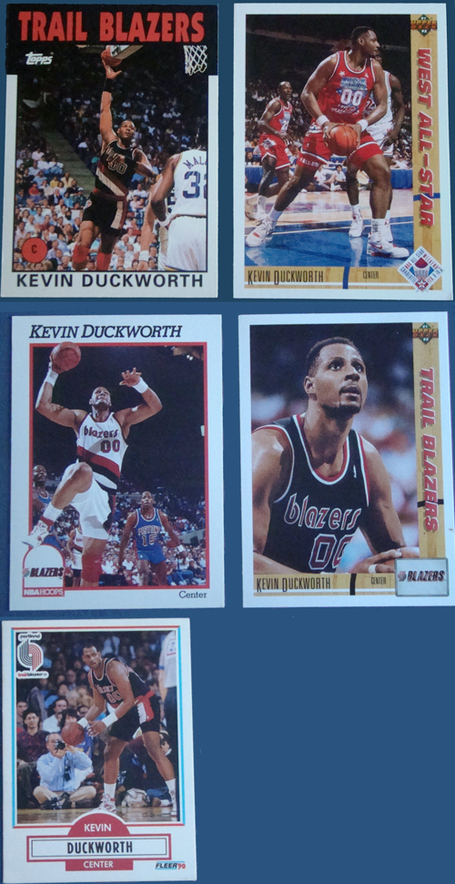