The better team won tonight, that was clear. But it took some more late game heroics from Brandon and all-around dominance in the second half from LaMarcus to overcome Kevin Love's 2 points Al Jefferson's 27/5/5/3/2. Thankfully LMA went for 24 and 13 (13!!!!!!) and Brandon hit a sick jumper with less than a minute to play, and we escaped with the win.

My favorite play of the night came down the stretch when LaMarcus grabbed that big rebound, fell to the floor, and had the sense to call timeout.  Big time sequence from Aldridge.  The kind of sequence that wins tight games.

Other than that, it is truly remarkable the number of scrubs that are on Minnesota's roster. That's really a testament to Kevin McHale's diligent effort.  Every time Randy Wittman digs deep to get 4 points in 19 minutes from Ryan Gomes or motivates Corey Broomstick Brewer to 5 points in 17 minutes, McHale should be right there next to him, ready to share the standing ovation.

In much better news, there were some must-read compliments from Coach Nate regarding Joel's play tonight (scroll down).

Nate's general thoughts on the game: "Oh my goodness. We just don't want to win the right way. It was a gut check for our guys tonight.  After such an emotional game, we came back tonight and got off to a slow start but they fought through it and it was good to see that, and it was good to see them lift each other in that second half, to get each other going.  It's going to take that type of play in games like that. LaMarcus really had a tough first half and Brandon and everybody, Rudy, everybody, started supporting each other, "come on, let's go, let's get it," and they fought through it."

Nate on the team's communication in the second half: "They were telling each other that. In huddles, on the floor, in the locker room at halftime, they were challenging each other to get going and to play some defense and that's what it's all about. There wasn't nothing I could say.  We talked about what we needed to do. It was just about them getting going and finding a way to get themselves going in the second half. LaMarcus knocked down some shots. He was able to get his offense going, he got a couple boards, and defensively we got enough stops to win the game."

Nate on Brandon's big shot: "It doesn't surprise me. We are getting breaks, there's no doubt about it. We are definitely getting breaks. Things are going our way. When we have control, we have to put teams away. We know he's capable of doing that. He's going to have the ball in his hands with the last shot and we allow him to make decisions with the ball."

Nate on the good luck tonight: "We foul again for a 3 point play on Jefferson. We have a chance to put teams away, at the end it comes down to us making an unbelievable shot.  You need that. We'll take that. But we want to sharpen up down the stretch."

Nate on talking to Joel in the huddle: "We knew they were going to him. Jefferson is tough on that block.  Big Joel, just give us one stop and we were able to get that one stop. Love had a tip in that rolled around and we get a break."

Nate on what's ahead: "Let's get our first road win. Right now we are .500. Going out on the road which is good for us. We get this game tonight and let's go and work on getting that first road win, starting with Orlando."

Nate on the importance of the win: "We'll take it. We'll take it. This is what it is. The important thing tonight was to get this game and move to .500. And now we go out on the road and try to win our first road game."

Nate on the ball movement in the third quarter: "We made some shots. That was the big thing. In the second half we only had four turnovers. We talked about winning the free throw line and controlling the boards and taking care of the ball. We started to do that. We got to the free throw line 30 times. We got aggressive and we started making some baskets."

Nate on Joel: "I believe in him. He plays good solid position defense. He does a great job weakside. I think the combination of Joel and Greg having those two, or having one or the other on the floor at all times, I like that combination. I'm just looking forward to seeing it soon. Big Joel has been doing it since I've been here. I just love the way he plays."

I Got a New Camera (it's about time):

I know you Rex Heads will get a kick... 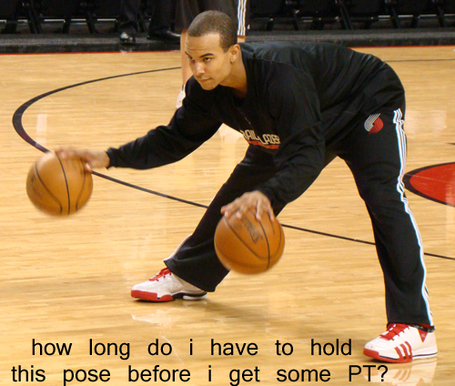 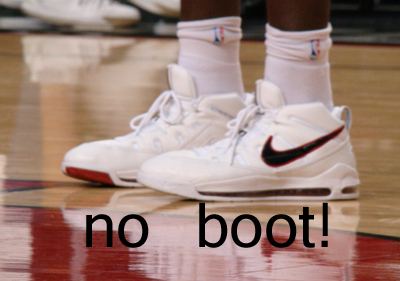 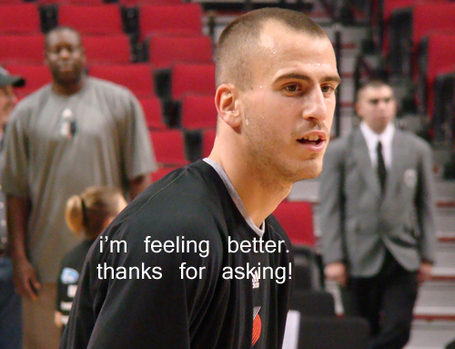 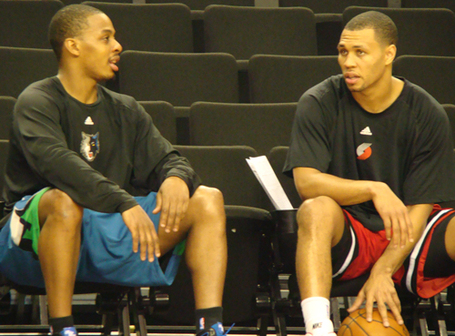