FreeDarko has a book; we have a Q and A

Share All sharing options for: FreeDarko has a book; we have a Q and A

New. It's the word of the week.

Years after they started swagging, FreeDarko remains as new, as fresh, as any basketball website.  How have they maintained excellence and relevance for so long?  They don't do schtick; they do art.

Next to the Blogfather himself, it's hard to find a greater basketball blog trailblazer than the FreeDarko collective.  To prove how hard they can flip new, FreeDarko is taking it back to the old school next week-- they are dropping a book: FreeDarko Presents The Macrophenomonal Basketball Almanac.

In keeping with their "new" rep, they've got a must-see book promotion website that is Josh Smith mind-blowingly futuristic .

Last week, Dan Steinberg of the Washington Post caught up with Free Darko's Bethlehem Shoals for some Wizards-centric questions.  Reading that I was inspired to provide a Pacific Coast response.  So I checked in with Shoals, he of a few previous posts: April's Hoop Summit and an epic email chain conversation about the future and past of sports writing.

So check it out: Shoals drops some knowledge on the Blazers and gives us the inside scoop on his book and his vision.

The whole time he's been in the league, I've been hung up on how much he looks like Pusha T. I don't think he's ever shown enough, or had enough buzz going, to warrant a Clipse comparison. Besides those threes, Webster is more athletic than I ever remember, and can get to the basket.

I don't know, can we really question Pritchard? Don't we do so at our own peril? Teams need shooters, Martell's a good kid, in theory this team's still going to win from the inside-out. . . if anything, I'd say it shows confidence in Oden. Or is a horrible jinix on him. So it's not about Martell at all. 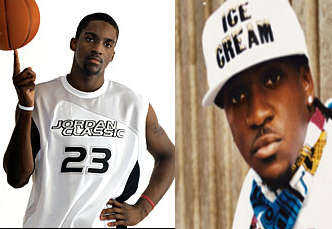 Blazersedge: It's no secret.  Greg Oden is off to a rough start. Simmons got at him today.  Lil Wayne trashed him last week.  But Greg is still plenty, plenty young. Look into the future for me: can you imagine a moment where it would be fair for Blazers fans to give up on Greg (without a guilty conscience or second-guessing)?

I think we all need to keep an open mind about Oden. Okay, so he didn't step in right away and become the next Bill Russell. That would've been nice, but it didn't happen. You shouldn't count on him for anything in particular going forward, but just let what happens happen.

I don't know why there's a rush to give up on him; try giving up on this right here, right now dream that Oden's the savior, because he isn't. That didn't happen. Now let's see what happens with his health, his development, and the way the Blazers use him.

I like Henry's idea of having him slim down.

There are a lot of possible outcomes between Hall of Famer and bust, and chances are you'll get one of those, and Oden will end up helping the team in some way. If Aldridge ended up being the dominant player, and Oden the defensive-minded sidekick, on a perennial playoff team, would you still be angry you didn't draft Durant? 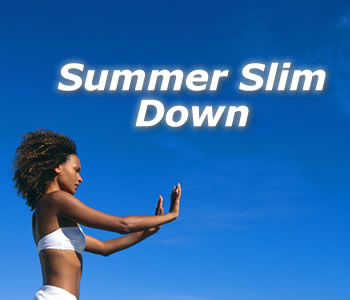 Blazersedge: Can you give us a FreeDarko simile about Rudy's spectacular-in-defeat Olympics gold medal game performance.  Is there a piece of art, music or literature that serves as a proper comparison?

When the most famous album by a band isn't it's best one. Like the Kinks; everyone sweats "Village Green Preservation Society," but I probably listen to "Something Else" twenty times as often. Same goes for Eric B. and Rakim: "Follow the Leader" smokes "Paid in Full," in my opinion. 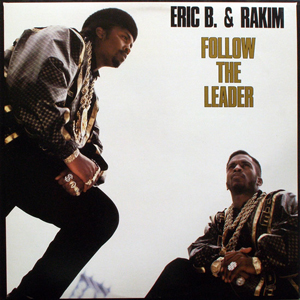 Blazersedge: How do you explain the concept of Free Darko to your parents?

We put the players first. Which is to say, instead of figuring that a power forward that does X, and a point guard doing Y, we accept- embrace, even- the fact that:

1) Players are rarely ever so generic. They're better, and worse, than the "ideal" at their positions.
2) A team can set their sights on a specific template, and then wait for players that fit it perfect to come along. Or, they can acknowledge the other direction they could go in. The extreme of that would be the "best available" philosophy, where you'd then just figure out how to figure out the pieces you have in some creative way. More often, though, you'd get something in between, where a GM sometimes goes for talent, sometimes "need"- without "need" being too strict or unimaginative.

The upshot of this? We like unconventional teams, endorse imaginative rosters and strategy, and look at the ways that players are who they are, right down the fine points of how they drive the basket, or how their temperament comes through in their game (versus others at the position).

Blazersedge: If i told you that you getting a book deal was inspiration to 100s of writers, would you agree, disagree or go Kevin Pritchard Aww Shucks Humble on me? What does it feel like to hold your book in your hand?

Now, if you're saying that it is, well, I'm not about to disagree.

It's an inspiration to me, too.

Yeah, FreeDarko has a book, but it's not like we're so far removed from writing thousands of words a week for free, trying to build a brand online, hoping people give us a chance, etc.

In fact, it's something I still deal with trying to make a career as a freelance writer. And I remind myself that it really happened, and that, in the immortal words of KG, anything's possible. Though I think Garnett winning a title always was a little more likely than FD having a book, or Bethlehem Shoals being paid to write about basketball.

Blazersedge: Which rapper would you compare Nate McMillan to?

Any coach who's for real needs to have moved on from hip-hop to smooth jazz.

"But don't take my word for it." The New York Times bigged it up too.